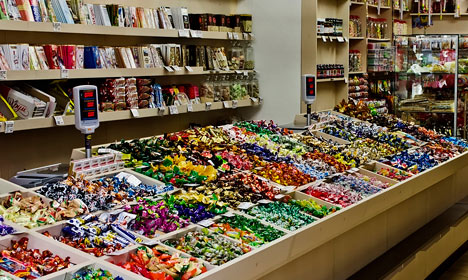 The men allegedly ran a VAT scam when selling items like chocolate and soft drinks. Photo: Colourbox
According to the documentary, three men who are all suspected of involvement in a Spanish terror case are registered as directors of Danish businesses that police and tax agency Skat say have swindled millions of kroner through the state through a scam involving value-added tax (VAT) refunds.
The Copenhagen-area companies – which sold goods including chocolate, soft drinks and cheese – did business with one another across national borders in order to build up VAT refunds. The companies later filed for bankruptcy and stuck Skat with a debt totaling millions of kroner for the VAT funds it could not collect.
The Danish Security and Intelligence Service (PET) confirmed to DR that it is investigating a fraud case in which the profits of illegal financial schemes may have financed terror.
“PET is aware of the case and has followed it closely since Copenhagen Vestegn Police began an investigation for VAT fraud in order to determine if it is financing terror,” the security agency said in a statement to DR.
Two of the men suspected of being involved were arrested in Spain in May 2014 along with four others for allegedly recruiting 26 people who were sent off to join terror groups in Syria, Libya and Mali.
Spanish police said that the third man suspected in the Danish scam is either still fighting for Isis or is dead.
Another man reportedly involved in the network was Abdessamad Fateh, who in 2014 became the first ever Danish citizen added to the US terror list. Fateh, who also went by the name Abu Hamza, died of cancer in June 2015.