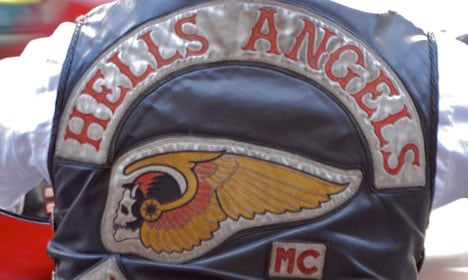 The bikers said anger over the refugee situation in Denmark is misguided. Photo: Beatrice Murch/Flickr
Following a report in local newspaper Fyens Stifstidende in which police expressed their intention to keep the Hells Angels from establishing themselves in the city of Nyborg, a number of readers wrote in to the newspaper to say that they would rather have bikers in their city than refugees.
“It’s almost comical. Five hundred ‘refugees’ are welcomed with flags and cheers and if any of the locals express concerns, people line up to call them repulsive racists. But five Hells Angels members – who keep to themselves – yeah, we should tar and feather them and chase them out of town,” reader Lars Thomsen wrote.
“Danish women will be better protected on a street with the Hells Angels than on a street with Muslims and their sick view of women,” wrote Johan Sparre.
After several other comments along those lines, the Hells Angels themselves put out a press release thanking locals for their support but bemoaning the “them or us” tone of the debate.
“Just like most other residents of this country, many of our members find it alarming that so many refugees and migrants are coming to the country in such a short time and can contribute to a clash of cultures. But with that said, it isn’t the refugees’ fault that they have come here to seek a safe or better life,” the Hells Angels wrote.
The bikers said that residents’ anger at refugees is misguided.
“The many well-meaning residents should instead direct their anger toward the guilty in Europe’s unfortunate situation. The politicians in Denmark and other EU countries, the USA’s and Nato’s aggressive conduct in Syria and Libya, the EU’s trade barriers, the oil industry’s misuse and poisoning of Africa’s resources and not least the global weapons industry’s insatiable thirst for new conflicts,” the statement read.