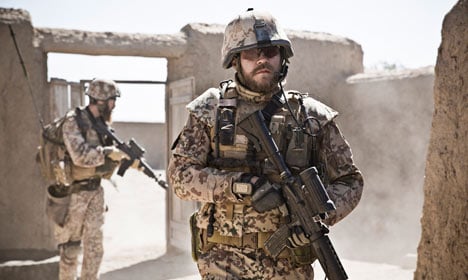 A still from 'A War'. Photo: Per Arnesen/Nordisk Film
In ‘A War’, actor Pilou Asbæk plays military commander Claus Pedersen, who leads a Danish battalion in Afghanistan. While Pedersen struggles with the rigours of war, his wife in Denmark must try to hold their family together in his absence.
'A War' has been praised in the international press and sold to the US and at least 20 other countries.
The film was written and directed by Tobias Lindholm, who was also a writer on the hit TV series ‘Borgen’, in which Asbæk played spin doctor Casper Juul.
It was recently announced that Asbæk will have a prominent role in the sixth season of smash hit TV series Games of Thrones. The actor will also play the the role of Pontius Pilate in a new 'Ben-Hur' reboot due out later this year.
The Danish Film Institute (DFI) picked the war drama as the national nominee over the two other short-list finalists, ‘Men & Chicken’ and ‘The Look of Silence’.
Denmark will also be well-represented at the Oscars ceremony by the film ‘The Danish Girl’, which tells the story of transgender pioneer Lile Elbe. Eddie Redmayne, who plays Elbe, was nominated in the ‘Best Actor’ category while Swedish starlet Alicia Vikander was nominated for ‘Best Supporting Actress’. 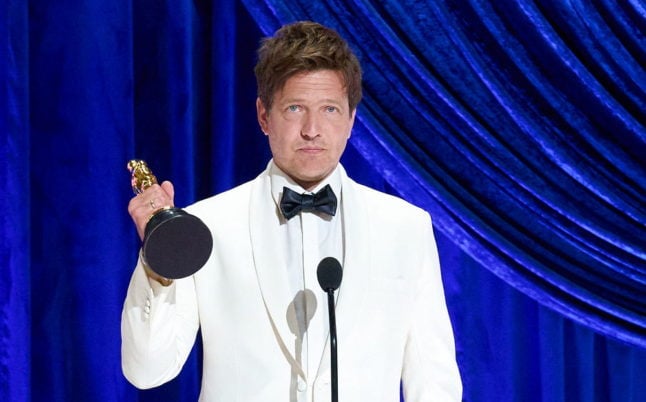 OSCARS
‘Another Round’: a spirited Oscar-winning ode to life

Filmmaker Thomas Vinterberg, who is also nominated for best director, gave a moving, tearful speech, paying tribute to his daughter Ida, who was killed in a car accident four days after shooting began in May 2019.

“We ended up making this movie for her, as her monument,” Vinterberg said at the gala in Los Angeles.

“So, Ida, this is a miracle that just happened, and you’re a part of this miracle. Maybe you’ve been pulling some strings somewhere, I don’t know. But this one is for you.”

The movie is set around four old friends, all teachers at a high school near Copenhagen. Martin, played by Mads Mikkelsen, is a history teacher going through a midlife crisis, depressed about his monotone life.

To spice things up, the quartet decides to test an obscure theory that humans are born with a small deficit of alcohol in their blood, resolving to keep their blood alcohol level at a constant 0.05 percent from morning till night.

At first, they experience the liberating joys of inebriation, before things quickly go from bad to worse.

But the film refrains from passing moral judgement or glorifying alcohol.

“‘Another Round’ is imagined as a tribute to life. As a reclaiming of the irrational wisdom that casts off all anxious common sense and looks down into the very delight of lust for life … although often with deadly consequences,” Vinterberg said when the movie came out last year.

Vinterberg was devastated by the loss of his daughter, and production on the movie was briefly halted, but he soon resumed shooting.

He said he was spurred on by a letter she had written about her enthusiasm for the project, in which she was to have had a role.

But the film took on a new dimension.

“The film wasn’t going to be just about drinking anymore. It had to be about being brought back to life,” Vinterberg said in the only in-depth interview he has given about her death, in June 2020 to Danish daily Politiken.

Selected for the 2020 Cannes Film Festival which ended up being cancelled due to the pandemic, ‘Another Round has already won several awards, including a BAFTA for best film not in the English language, and a Cesar in France for best foreign film.

The film is carried by Mikkelsen, who previously teamed up with Vinterberg in the 2012 psychological thriller ‘The Hunt’ (‘Jagten’).

In one of the most talked-about scenes in ‘Another Round’, Mikkelsen even shows off his dance talent — the former Bond villain was a professional contemporary dancer before becoming an actor. 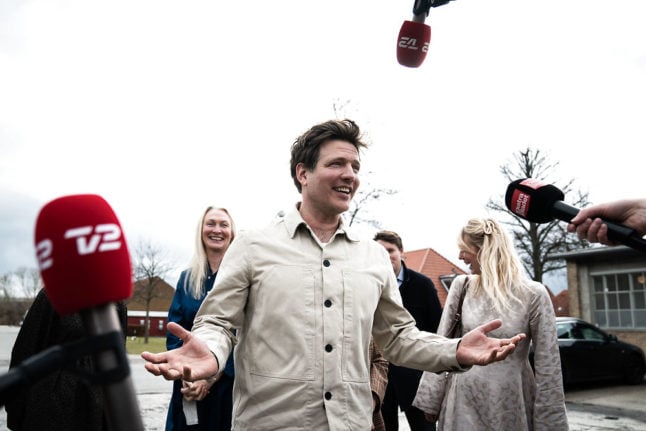 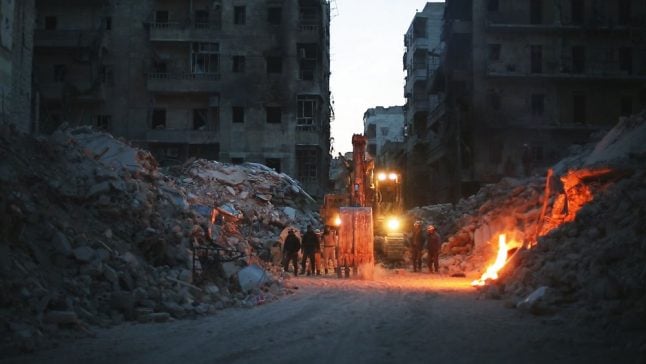