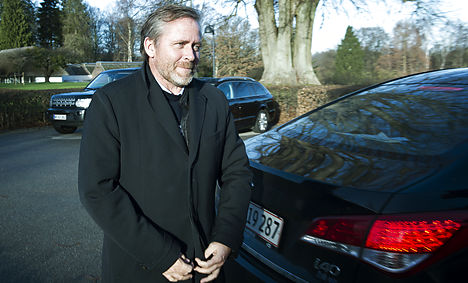 Liberal Alliance leader Anders Samuelsen. Photo: Jens Nørgaard Larsen/Scanpix
Liberal Alliance (LA) leader Anders Samuelsen said he has given the government a deadline of June 5th to deliver a planned tax reform. If PM Lars Løkke Rasmussen’s team doesn’t act, LA will pull its support from the minority Venstre government.
LA leader Anders Samuelsen made the threat on Monday after Finance Minister Claus Hjort Frederiksen said that tax negotiations might be delayed as the government deals with the current refugee situation.
Samuelsen said his party was only willing to wait so long, and set Denmark’s Constitution Day as a deadline.
“I spoke with Claus, who guaranteed me that the government will live up to its platform, which states that taxes will be lowered at both the top and the bottom. As long as the government lives up to its platform, LA will guarantee the government’s survival,” Samuelsen wrote on Facebook.
He added, however, that the clock is ticking.
“LA’s position is clear: We will stick to the platform, in which it states that the reform will come in the spring. Therefore – to make it perfectly clear – Liberal Alliance can’t guarantee the government’s survival if it doesn’t live up to that promise. It’s as simple as that,” he wrote.
Regardless of when the tax talks take place, they will most likely be anything but simple. LA wants the government to cut taxes for the highest earners by lowering topskat, a 15 percent tax paid by those who earn over 459,200 kroner ($68,725, 61,550 euro) per year in addition to other income taxes.
However, the Danish People’s Party, which is the government’s largest support party, argues that Denmark cannot afford to cut taxes until the nation gets control of the costs associated with asylum seekers. Primary opposition party the Social Democrats have also said that they will not vote for a tax reform package that includes dropping the topskat rate from the current 15 percent.
“We believe that the money should be used on welfare. And it is completely out of the question that we will support dropping topskat,” Social Democrat leader Mette Frederiksen told broadcaster DR.
A recent poll found that while 39 percent of Danes supported lowering tax for those with the lowest incomes, only six percent favoured tax cuts for those in the top tax bracket.
Around 500,000 people are in the highest tax bracket.