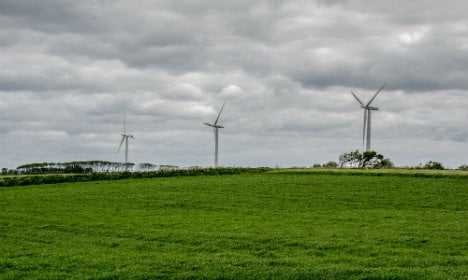 Having initially been dropped from the list of government grant recipients following cuts made during the autumn budget, the Ministry of Energy, Utilities and Climate appears to have now reversed that decision with its 7.5 million kroner ($1 million) pledge.

Samsø has been developing its sustainable energy since the early 2000s, and aims to be entirely free of oil, coal and natural gas by 2030 – twenty years before the national target.

With the previous funding arrangement for the Samsø Energy Academy set to expire at new year, the announcement could not have some at a better time for the islanders.

“It's certainly a relief. It's fantastic, that we can continue. We have perspectives that go above and beyond our current means and are thinking several years ahead, so the extension is one of best things that could happen for us. It's also a sign that we're on to something – there was broad support for the pledge,” Samsø Energy Academy director Søren Hermansen told regional broadcaster TV2OJ.

“We have the same aims as the state, but are accomplishing them more quickly with our fossil-free island concept. It's something that requires a lot of change. We have to exploit existing technology, and convince citizens, businesses and institutions to live in such a society. We have shown that it's possible on Samsø,” said Hermansen.

The innovations taking place on Samsø are also bringing attention to a rural corner of Denmark at a time when it has received international criticism for the current government's lack of willingness to back green and sustainable energy – as seen at the recent COP21 climate conference in Paris.

“The New York Times called me around the time the budget was announced – and we weren't on it – to hear what we thought about it. It means something for Denmark that what we're capable of here on Samsø is recognized internationally,” said Hermansen.

”Now we are able to retain our role as one of the world's leading projects [in the area],” Hermansen continued.

“The COP21 agreements suggest that there are many that want to go in the same direction as us. We're already receiving visits from American and Japanese universities. It [also] seems that, since COP21, the government has begun to think green and look towards a fossil-free society.”