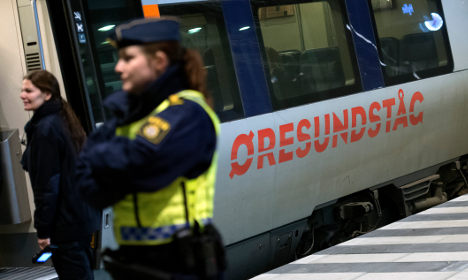 Last week Sweden's parliament passed new legislation which will see mandatory ID checks on all trains, buses and ferries from abroad to help the country cope with a record influx of refugees.

The new law could see transport companies fined if travellers do not have valid photo ID.

They are likely to have the biggest impact on the famous Öresund bridge from Denmark, which is used by tens of thousands of commuters every day.

Skånetrafiken, the Swedish operator of the Öresund commuter trains between the two countries, announced on Tuesday that in the new year all its routes from Denmark will begin at Copenhagen airport, the final stop on the Danish side of the border.

It means travellers wanting to go from the centre of Copenhagen to Sweden will have to use connecting public transport to the airport where they will change to a train crossing the bridge.

The checks will be carried out at the airport by Danish operator DSB, which will outline how they are going to work in practice at some point over the Christmas holidays, said Skånetrafiken.

But according to regional newspaper Sydsvenskan a “wall-like fence” is set to be built at the airport's railway station separating the platforms for Sweden-bound and Denmark-bound trains to prevent travellers from crossing the tracks to avoid controls.

Rush-hour trains going in the other direction from Sweden to Denmark – which are not directly affected by the ID checks – will only run every 20 minutes, as opposed to today's every 10 minutes.

“In rush-hour fewer trains will cross the bridge, and it will get crowded at certain times,” Skånetrafiken press secretary Joakim Borgudd told the TT newswire.

The decision comes a day after Swedish train operator SJ said it would cancel all trains to Copenhagen after the new controls come into force, which will affect around 500 passengers.

SJ has previously described the proposal as likely to have a “heavy impact” on both staff and passengers, describing the demands as “unreasonable”.

Meanwhile Skånetrafiken has warned that checks – which for commuters means they need to make sure they carry valid ID documents – could cause delays of up to an hour.

“But we just have to adapt to the legislation and just grin and bear it. It's of course a shame that it affects commuters,” Borgudd told Swedish tabloid Aftonbladet on Tuesday.