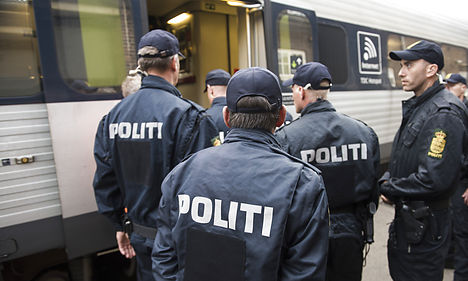 The new rules will force transport operators to carry out ID checks under undefined 'special circumstances'. Photo: Claus Fisker/Scanpix
With the approval of a bill in parliament on Friday, Denmark laid the groundwork to enforce temporary border controls.
The measure gives the state the ability to force all bus, train and ferry operators to check the IDs of all passengers entering Denmark. If a passenger is allowed into the country without the proper paperwork, the operators risk a fine of 12,000 kroner per passenger.
The requirement will only go into effect if Denmark finds it necessary in order to stop an influx of refugees, Integration Minister Inger Støjberg said.
“It’s not because I want us to have to implement operator responsibility. But we could wind up in a situation in which it is necessary. For example, if the Swedes do it,” she told Ritzau.
Sweden has already announced that it will do just that beginning on January 4th, with ID checks carried out at Copenhagen Airport, the last train stop before crossing into Malmö. The Swedes will also make ferry operators check all passengers for the necessary paperwork.
See also: 'Sweden has hit its limit. Denmark has not.'
Støjberg refused to answer if Denmark would implement its new rules along with Sweden.
“I won’t say anything about that today, but it is something that the government is following very, very closely,” she said.
Støjberg also declined to elaborate on what exactly would constitute the 'special circumstances' needed to implement the controls.
Rail operator DSB has been a vocal critic of the government’s plans, saying it is not equipped to carry out such ID checks. Several transport companies have said that if Denmark pulls the trigger on the new requirements, it could mean the end of cross-border traffic.
German officials have also expressed dismay at Denmark’s plans to carry out ID checks between two Schengen nations.
“It is something completely new that a bus driver would take on obligatory passport control and it goes against all intentions of strengthening Danish-German cooperation,” Anke Spoorendonk, the minister for European Affairs in Schleswig-Holstein, told Politiken.
The German Federal Police have also expressed concern about the plan.
“It is completely unthinkable under German law that private actors would control passengers’ papers and passports. Controlling people’s identification papers is a police responsibility in Germany,” Matthias Menge, a spokesman for the federal police in Bad Bramstedt, told Politiken.
The German police said that if DSB requests ID papers, passengers can merely decline to cooperate without consequence. Støjberg, however, insisted that the rail operator will have to ensure that passengers have the proper papers if and when Denmark implements the new rules.
“DSB can refuse to take the passengers along. It is up to the transporter to ensure that passengers have passports and visas in order,” she told Ritzau.
Friday’s measure passed parliament by a vote of 77-24.