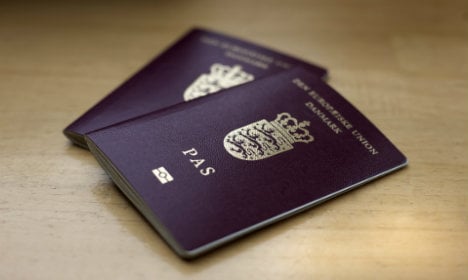 A total of 14 charges made by police in four regions across the country have resulted in travel bans on seven would-be foreign fighters according to information provided to Ritzau by the Danish police. The seven individuals have either had their passports confiscated or been denied new ones.

Although the law, which was introduced in March, is ostensibly designed to prevent Danish citizens from joining or fighting for the terror group Isis, authorities are able to use it in cases where individuals are suspected of being likely to “take part in activities that increase security risks for Denmark or other states or are otherwise a significant security risk.”

Conservative politician Naser Khader told Jyllands-Posten that he supported a proposal for giving the law retrospective power in order to sanction individuals who had been in Syria before the law took effect. Khader underlined, however, that he believed the law should not be used against Danish citizens travelling to Syria to fight against Isis.

Joanna Palani, a Danish-Kurdish woman who is one of the seven individual banned from travelling, has appealed the ruling on the grounds that she has fought against the terror group. Palani has previously travelled to Iraq to fight with the Kurdish Peshmerga forces but has been accused of having links to the PKK, the Kurdistan Workers’ Party. Palani is considered to be a threat to national security on these grounds, though she denies having any links to the PKK.

“We’re on the same side as Denmark. I don’t understand why they are going after me,” Palani said at a press meeting in October.

According to the Danish Security and Intelligence Service (PET), a total of 125 Danish citizens have travelled to Syria and Iraq in order to take part in the conflicts in the two countries.