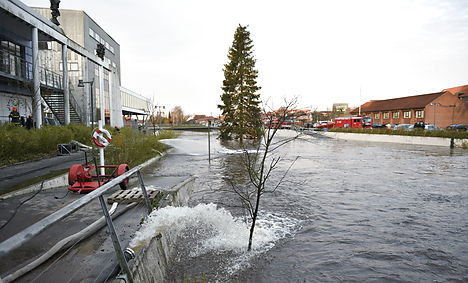 Officials were busy trying to pump water out of Holstebro on Monday morning. Photo: Morten Stricker/Scanpix
Weekend downpours resulted in the Storå Creek flooding in Holstebro as residents tried to use sandbags to protect their homes from extensive water damage.
The creek, which runs through the centre of the town, flooded on Sunday and water levels were still rising on Monday morning. According to TV2, 63 billion litres of rain fell over a 48-hour period.
By mid-afternoon on Sunday, the Storå was measured at 2.3 metres above its normal level, the highest recorded point in at least five years.
“I can’t remember anything like this and I’ve lived here for 23 years,” resident Lise Norre told TV2.
Municipal officials distributed some 600 sandbags to Holstebro residents on Sunday in an attempt to keep water from entering homes.
Numerous roads in and around Holstebro were flooded over the weekend and were only slowly beginning to recede on Monday morning.
Video from Holstebro courtesy of public broadcaster DR. Story continues below.

Although that area was hit hardest, towns surrounding the Limfjord also saw flooded streets on Sunday.
“It is completely crazy. We don’t have an exact number on how many roads are flooded, but there are many. Idomvej [road] west of Holstebro, for example, has basically been washed away,” Mid- and West Jutland Police spokesman Henrik Nielsen told Ritzau.
As of Sunday evening, no personal injuries had been reported as a result of the flooding but many residents had reported flooded basements and roofing tiles that had been ripped off by high winds.
In addition to Holstebro, the most affected towns were Ringkøbing, Struer, Skive, Viborg and Silkeborg. All were also hit hard by Storm Gorm last week.
Parts of both Sweden and Norway were also flooded over the weekend.
See also: '200-year flood' ravages southern Norway 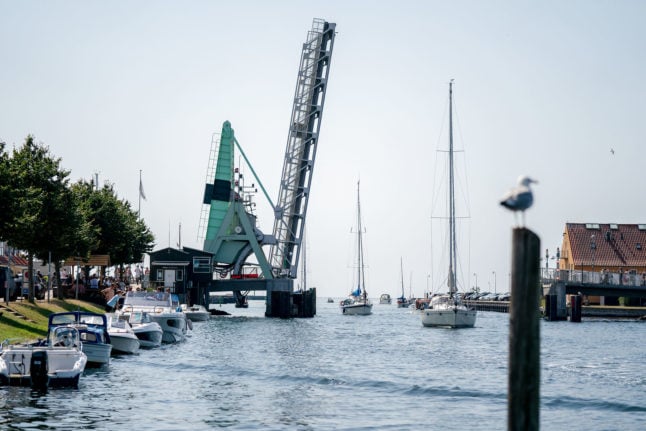