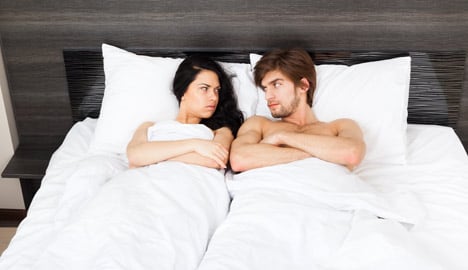 Due to the higher sexual expectations of men aged 15 to 29, more and more are turning to Viagra and other sexual enhancement drugs to give a helping hand in the bedroom, Metroxpress reported.

Psychotherapist and sexologist Per Holm Knudsen told Metroxpress that the sharp increase is primarily due to performance anxiety.

See also: More Danish men have a hard time getting it up

“Young people walk around with a fear of not being perfect and with unrealistic expectations that they should be able to perform all the time,” he said.

“It is worrying because it treats the symptom and not the cause of the problem. That is why they have performance anxiety. It is not a good idea to be giving healthy people drugs. Sexual enchantment pills may not be dangerous if you are young, but they’re not vitamin pills,” Knudsen continued.

The number of pills being popped has seen a huge increase since Viagra’s patent expired in 2013, going to 36,000 that year compared to 28,000 in 2012 after the price of the cheapest pill fell from 81 kroner to just five kroner.

Astrid Højgaard, chief physician at Aalborg University Hospital's Sexology Research Center, said the increase in the number of pills being prescribed to young men is not a concerning figure.

“It is probably true that more adolescents are being prescribed potency pills. It is not something I’m worried about. If a deeply unhappy 17 year old came to me now because he had had sexual performance problems, then I will prescribe them to him,” she told Metroxpress.