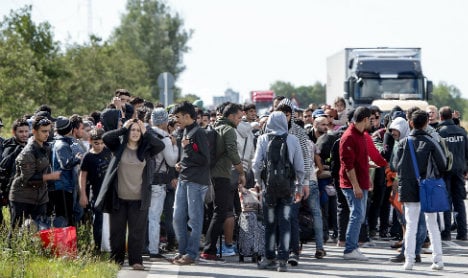 Rasmussen and Integration Minister Inger Støjberg previously stated at a press conference in September that although Denmark refused to be a part of an obligatory redistribution of some 160,000 refugees, it would voluntarily accept 1,000.

But the increasing numbers of refugees and asylum seekers currently coming to Denmark means that the nation can no longer take in the 1,000 previously promised refugees, the PM said at his party's national congress in Herning over the weekend.

“When we made the offer it was because we needed to solve what was viewed in Europe as the ultimate solution: that if you could distribute those 160,000, the problem would be gone. It is not,” the PM told DR.

“The assumption that they would be distributed was based on the fact that Greece and Italy had control of the situation, but they don't. So you could say that they have distributed themselves. So, it is not an option to take the 1,000 before the systems are up and running again,” continued the Prime Minister.

The PM’s comments came shortly after the government revised the estimated number of asylum seekers that would be coming to Denmark next year, from the previous figure of 15,000 to a new estimate of 25,000.