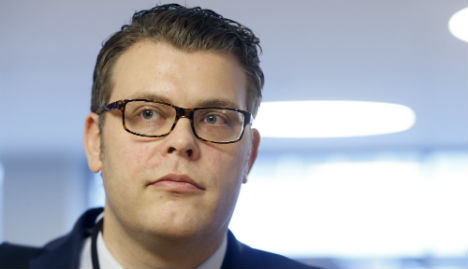 Jøran Kallmyr said the idea of the campaign was to reduce refugee numbers. Photo: Terje Pedersen / NTB scanpix
The Norwegian Directorate of Immigration sent out a message over Twitter on Monday morning warning Afghans crossing the country’s northern border with Russia that they risked forced repatriation to Kabul.

#Afghani adults without need for #asylum coming the #arctic_route from #Russia, risk rejection of their application and being sent to Kabul.

Jøran Kallmyr, a state secretary in the Ministry of Justice who was appointed by the anti-immigration Progress Party, said the country also planned a series of newspaper adverts in Russia and other countries.
“The aim is to get the number down. Many are coming and many of them are not from Syria,” Kallmyr told state broadcaster NRK on Sunday. “The refugees choose where they travel, based on what they know about the country. Although Denmark is a safe country, there are relatively few who have sought asylum there.”
Kallmyr said the campaign would, among other things, inform potential asylum seekers of the Norwegian government's proposals to cut the benefits they will receive on arrival.
“It is better that they discover it in advance than that they are disappointed,” he argued.
Denmark’s foreign ministry in September published advertisements in four Lebanese newspapers warning Syrian refugees that the country had recently halved the level of benefits received by refugees.
The strategy appears to have had some success. Of the 13,000 refugees who passed through Denmark in September, only 1,500 applied for asylum.
Kallmyr said that Norway doesn't intend to spend too much money on the newspaper campaigns, relying instead on Facebook and Twitter.
“The main thing now is to use social media. It is cheap and reaches many people,” he said.
In Sweden, the anti-immigration Sweden Democrats this month announced plans to place their own adverts in international papers to deter asylum seekers.
“We want, through advertisements in foreign newspapers, to explain that the utopia they want to come to in Sweden no longer exists. Here, it's tent camps, winter and cold,” party leader Jimmie Åkesson said at a press conference.