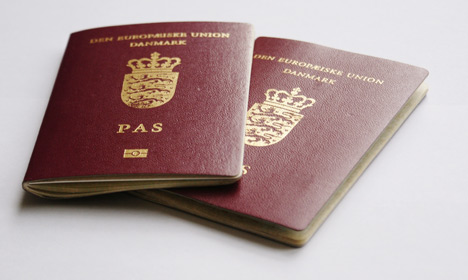 El-Khatib's bid to become a Dane has been denied. Photo: Colourbox
Belal El-Khatib, 25, thinks that democracy’s time has passed and Denmark should be ruled by Islamic law.
Nevertheless, the Islamist went through the democratic process of formally applying for Danish citizenship. Democracy, however, worked against his favour on Monday as a majority of parliament’s Naturalization Committee (Indfødsretsudvalg) voted to reject his application.
“Belal El-Khatib should not receive citizenship because he is an Islamist. And someone who wants to turn the Danish democracy into a caliphate shouldn’t have citizenship in Denmark,” the committee’s chairman, Christian Langballe of the Danish People’s Party, told news agency Ritzau.
It is unusual that the committee voted on the citizenship of one particular applicant. Integration Minister Inger Støjberg had earlier proposed reevaluating all applications of those who applied for citizenship under a disposition to the normal rules. Although that plan failed to gain the necessary political backing, El-Khatib’s name was discovered among the disposition applicants and the committee decided to handle his application separately given his previous statements in support of establishing Islamic rule in Denmark.
El-Khatib was born and raised in Denmark and told Politiken last month that it “is a bit absurd” that he doesn’t already have Danish citizenship. His mother is a Palestinian with Israeli citizenship and his father was originally a stateless Palestinian before receiving his Danish citizenship some ten years ago. El-Khatib is an Israeli citizen like his mother but applied to become a Dane in 2013.
Naser Khader, an MP for the Conservatives, has called El-Khatib a “pure Islamist” and an “anti-democrat”.
“Citizenship is politics not law. Therefore we can of course allow ourselves to say to these types of people: your opinions are too extreme for us to reward you for them. And we do that to take care of Denmark,” Khader said in a Facebook post praising the El-Khatib decision.
El-Khatib slammed the committee’s ruling and accused Denmark of engaging in “thought control of the worst kind”.
“I haven’t done anything illegal. I contribute to society in many ways, but because one doesn’t have the exact same outlook on life and values as certain politicians, it becomes a hindrance. It reminds me of a dictatorship. This is not democracy,” he told Radio24syv.