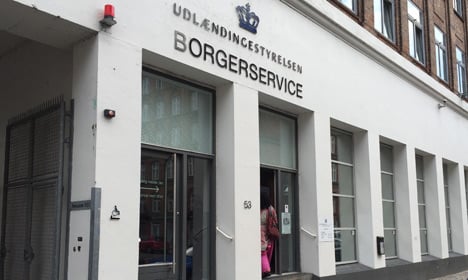 Denmark issued 35,886 first-time residence permits to non-EU citizens in 2014, according to a new Eurostat report. This marked an increase of 4,575 from last year and has now put Denmark as the country that issues the tenth highest number of residence permits among the EU28.

The largest group of non-EU citizens to be granted residency in Denmark were Syrian citizens, with a total of 5,654, or 15.8 percent of all residence permits. The next largest group, falling from first place in 2013, were US citizens with 3,923 (10.9 percent), with Indian citizens coming in a close third with 3,351 (9.3 percent).

Denmark is still below the average in the category of 'other reasons', which includes asylum and humanitarian based permits. Although an increase of five percent compared to last year, the 18.1 percent was still significantly below the EU's 25 percent average.

The EU's 2014 total number of first-time residence permits was 2.3 million, with the majority of beneficiaries coming from Ukraine, United States and China. That number was two percent lower than in 2013 and a nine percent drop compared to 2008.