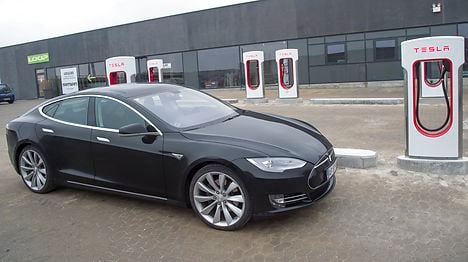 Tesla's luxury models will be the hardest hit by the tax phase-in. Photo: Kim Haugaard/Scanpix
A political agreement reached on Friday afternoon will see tax breaks on electric cars phased out over the next five years.
As a result, the costs of some popular electric models will skyrocket. The hardest hit will be the luxury model Tesla S P85D, which will more than double in price from 875,000 kroner today to 1,807,100 kroner in 2020.
The Venstre government defended the move by saying that the Tax Ministry misses out on 650 million kroner per year by not applying Denmark’s 180 percent car registration tax to environmentally-friendly electric vehicles. The Social Democrats, Danish People’s Party and Social Liberals (Radikale) supported the phase-in of the tax on electric vehicles.
See also: Denmark looks to lower its climate goals
In announcing the political agreement, Tax Minister Karsten Lauritzen said that the new plan “balances the needs for the continued expansion of electric cars in Denmark, the public purse and fairness within the automobile market”.
“Electric cars have for a long time been better positioned than other cars by being completely exempt from the registration tax. Many regular Danes have a hard time understanding why they should pay the full registration tax for their regular cars while those who can afford an electric car have gotten off completely free,” Lauritzen said in a press release.
Tesla, whose Model S is Denmark’s best-selling electric car, expressed its immediate disappointment in the deal.
“All things being equal, this is not a phasing-in of levies on electric cars but rather a phasing out of electric cars in Denmark,” the company’s Danish spokesman, Esben Pedersen, told Berlingske Business.
Tesla said that the government’s plan, which will see prices on Tesla’s luxury models jump much higher than the increases on smaller and cheaper models, is unfair. The company plans to file a complaint to the EU.
“We will contact the EU because we believe that the electric car agreement is anti-competitive and singles out Tesla. The deal will hit the entire electric car model and will eliminate it instead of developing it,” Pedersen told TV2.
According to the Tax Ministry’s calculations, while the Tesla S P85D will more than double in price, the effect on other models will be less extreme. The Nissan Leaf Acentra, for example, will go from 274,900 kroner today to 352,300 in 2020 while the VW e-golf will increase from 286,500 to 334,300 kroner. The cheapest electric car on the Danish market, the VW e-up, will actually see a price decrease under the plan, going from 186,300 kroner today to 170,700 kroner i 2020.
Some 1,240 electric cars were purchased in Denmark during the first six months of 2015 according to the European Automobile Manufacturers Association, nearly double the number bought in 2014.
The Venstre government has said that it will scale back some of Denmark’s ‘green’ ambitions in order to avoid a red bottom line. 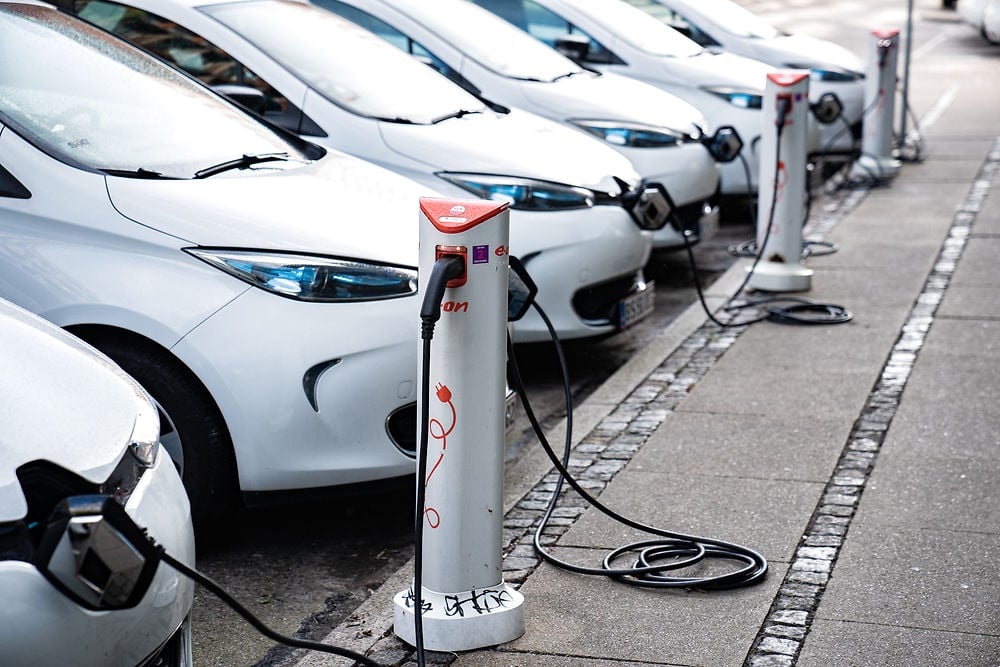