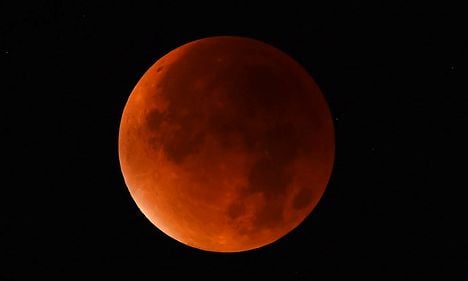 The supermoon eclipse as seen over western Germany. Photo: Patrik Stollarz/Scanpix
Some things are worth losing sleep over. Many Danes either woke up incredibly early or stayed up well into the wee hours to see the rare supermoon eclipse that occurred early Monday morning.
Unlike the March solar eclipse that was obscured by clouds over Denmark, Monday’s rare celestial spectacle played out under clear conditions.
“It has been quite good over most of the country. A few places had some drifting clouds – for example over Esbjerg and Varde,” DMI meteorologist Mogens Rønnebæk told Ritzau.
Astrophysicist Michael Lindel-Vørnle from DTU Space, the national space institute at the Technical University of Denmark, said the lost sleep was well worth it.
“Here in Hvidore [a Copenhagen suburb, ed.], where I am it was very clear. It was a very dark eclipse with hints of orange,” he told Ritzau.
The eclipse began over Denmark at 3.07am with the total eclipse beginning at 4.11am in the Copenhagen area.
The supermoon happens when the full moon reaches its closest point to Earth on its orbit around us, making it look both bigger and brighter than normal.
And on Monday the phenomenon coincided with a total lunar eclipse, which also saw the moon develop a reddish colour – a so-called 'blood moon'.
Lindel-Vørnle said the hype around the moon’s colour may not have fully matched the reality.
“It wasn’t a so-called blood moon like it was sold. People were given the impression that they could expect a very, very red moon, which was incorrect. People who had that impression may have felt a little shortchanged,” he said.
If you missed it you will have to wait until 2033 for another chance at seeing a supermoon coincide with a total lunar eclipse, according to Nasa. 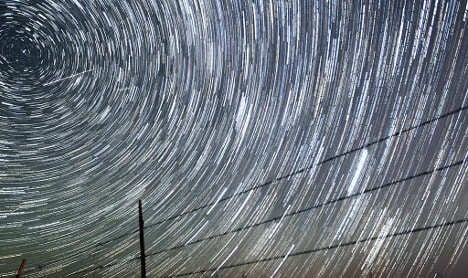 ASTRONOMY
Top tips for watching the meteor shower in Denmark 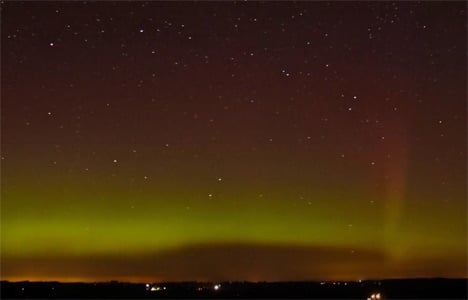