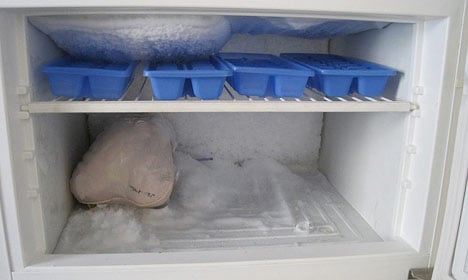 The body parts were found in the man's freezer (not pictured here). Photo: Peter Galvin/Flickr
A police spokesman from the Free State province in South Africa told the media that a 58-year-old Danish man was arrested on Thursday after a female victim reported that she was attacked in the man’s home.
The woman reported that she was drugged and then had her genitalia cut off while she was unable to defend herself. When police arrested the Dane at his home in the city of Bloemfontein, they found 21 pieces of genitalia stored in his freezer.
Police spokesman Hangwani Maulaudzi said that surgical tools, anaesthetic and a trove of photos were also discovered in the man’s home.
The woman who reported the crime was reportedly the man’s wife.
Following the initial reports in the South African press, Danish tabloid BT identified the man on Sunday as 63-year-old ‘PF’. BT reported that the man participated in a radio documentary for DR’s P1 in which he openly detailed performing genital mutilation on his African wife and her friends.
According to BT, ‘PF’ fled from Denmark to South Africa to avoid weapons charges.
The man is due to make a court appearance on Monday to face charges of sexual assault and South African police are asking other possible victims to step forward. Police said that forensic experts are currently determining if the pieces of female genitalia came from 21 different women. Police were also uncertain if the gruesome attacks were carried out while the women were alive or dead.
The Danish man reportedly owns a gun shop in Bloemfontein.