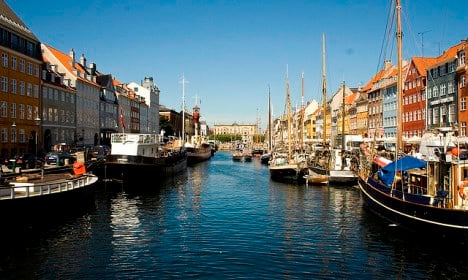 Denmark is praised by many of its visitors as a beautiful fairytale land with wonderful nature and coasts, stunning castles, and cities that combine modern architecture with medieval history, and many tourists tend to leave the country with fond memories of their holiday in the little Nordic kingdom.

A scroll through some of the reviews on travel website TripAdvisor suggests that the country simply isn’t to everyone’s taste.

We get that it's expensive – even the locals complain about that.

But what we were left baffled (and entertained) by was a variety of unimpressed, miffed, and downright angry reviews of the most popular tourist spots across the country, which you can read below. Photo: Blondinrikard Fröberg/Flickr
“I didn't realise it was a poor quality, tacky old amusement park – I thought it was going to be a beautiful park with music and flowers and the odd amusement.”
“A dumpy amusement park.”
Nyhavn Photo: Bill Smith/Flickr
“One word. Terrible!”
“On our visit, we encountered drunken Norwegians in leather cowboy hats with bottles in their hand and raucous commentary for all.”
Aarhus Old Town “The place smelled like cow poo and it was boring! Definitely not worth the money! They need to add entertainment! And the roads were hard to walk on!” “Felt unsafe with all kinds of hooded people walking around that seemed to be involved in selling hash there. Didn't make for a good and safe feeling.”

“It reminded me of how a city might look after the apocalypse.” “An architecture nightmare in the middle of the city that locals will have to live with for decades. The only hope is that due to global warning, sea levels will rise and the building become an underwater attraction.” “If it were in any museum in the world, it would only be as a doorstop”

“One of the World's Greatest Disappointments. Hopelessly located with an industrial background, too close to the shore to stop numpties scrambling out to climb on to it, in order to get their friends to photograph them” Check out what some other (or maybe the same!) tourists wrote about in their miserable experiences in Austria, Italy, Spain, France, Norway and Sweden.