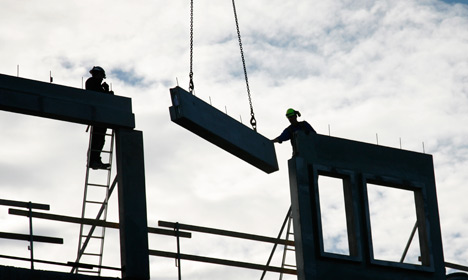 Photo: Colourbox
Analyzing the figures from Jobindsats, Berlingske newspaper reported that well over half of the 55,000 eastern Europeans who have a job and a home in Denmark have been in the country since at least 2010.
That some 28,000 eastern Europeans have called Denmark home for at least five years is a clear sign that they intend to stay permanently, said Jonas Felbo-Kolding, who studies eastern Europeans’ integration into the Danish labour market at the University of Copenhagen.
“The money becomes the means to realize their dream of a good life in Denmark, where things like the health and education systems are important factors. This group [of permanent workers, ed.] doesn’t have the same effect on salaries as seasonal workers do because they also spend their money here,” Felbo-Kolding told Berlingske.
Figures from the Danish Agency for Labour Market and Recruitment showed in March that when seasonal workers and commuters are also included, the number of eastern Europeans working in Denmark in 2014 was over 90,000. That number was below 50,000 in 2008.
Statistics Denmark also shows that there are now 9,000 children with eastern European citizenships under the age of nine in Denmark – five times the number in 2008.
While much of the political debate surrounding eastern Europeans has focused on ‘social dumping’, or the negative effect on salaries, another researcher at the University of Copenhagen said that the discussion is missing a key element: the effect on Denmark’s bottom line.
“It has become a debate that is based upon principles of who we think our welfare state should cover and who we should feel a sense of solidarity with. Meanwhile, the discussion on the overall impact on the state coffers has slipped into the background,” Dorte Sindbjerg Martinsen, a professor at the university’s Centre for European Politics, told Berlingske.
According to Martinensen, calculations have shown time and time again that eastern Europeans have an overwhelmingly positive impact on Danish society.
The Confederation of Danish Employers (DA) agreed that eastern Europeans have become an essential factor in Denmark.
“Denmark would in no way be able to get by without these people, so there are a huge gain and we should be happy that they want to come here, as long as they come here to have a positive function. In the political debate, a much too negative picture is painted of people who come here to work,” DA’s deputy director Erik Simonsen said.
Url copied to clipboard!