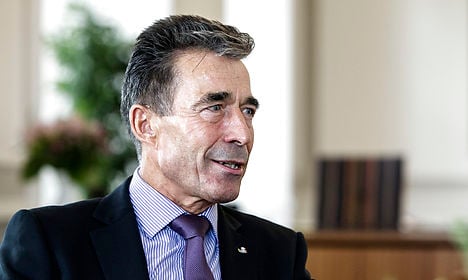 A document leaked to Politiken on Friday reveals that former Danish Prime Minister Anders Fogh Rasmussen had already told former US Deputy Secretary of Defence Paul Wolfowitz that Denmark would join the United States’ invasion of Iraq nearly a year before the war began.

According to the newspaper, the classified document contains minutes from a meeting between the two politicians in March 2002, where Wolfowitz had asked Fogh about his position on the imminent war. The former PM replied that “Denmark would, when the time comes, undoubtedly support the action.”

This stands in contrast to Fogh’s later statements in parliament, where he repeatedly indicated that his decision to involve Denmark’s in the war was still in question until a vote on the issue was called on March 18, 2003.

Fogh resigned as Prime Minister in 2009 to become NATO's next Secretary General.

According to Prime Minister Lars Løkke Rasmussen’s so-called government platform, which included the decision to shut down the commission, the course of events had been satisfactorily investigated by the commission.

Former leader of the Social Democrats Mogens Lykketoft disagrees, particularly in light of the new information that the leaked document reveals.

“It would appear that we have been the victims of an unacceptable charade in the months leading up to Denmark’s participation in the Iraq War. We have been misled. Right up to the weekend before the vote to go to war was called, Fogh left me with the impression that no decision had been made,” Lykketoft told Politiken.

Former Foreign Minister Holger K. Nielsen echoes Lykketoft’s sentiments that it is too soon to shut down the commission.

”It is a really game-changing piece of information, and it strengthens suspicions that Anders Fogh had been telling the USA all along that Denmark would join the war regardless of the circumstances. It seems like it was planned. It adds to the suspicion that the desire to go to war was always there, and that the legal basis was found later,” he told the newspaper.