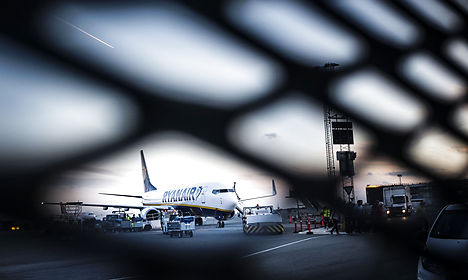 Ryanair has said that it will appeal the ruling. Photo: Thomas Lekfeldt/Scanpix

The Danish Labour Court (Arbejdsretten) ruled on Wednesday that the Danish Confederation of Trade Unions (LO) has the right to take so-called ‘industrial action’ against Ryanair.

This entails barring members of unions including 3F, Dansk Metal and HK from doing work for Ryanair, thus effectively making it impossible for the airline to operate out of Copenhagen Airport.

The ruling also means that the Flight Personnel Union and The Services Union both have the right to demand a collective agreement with Ryanair, which the airline has thus far flatly declined to enter into negotiations on.

“We are very happy that the Danish Labour Court has ruled that we have the right to call for a strike,” Lizette Risgaard, vice-chairman of LO, told TV2.

“It’s a really important ruling for us, which I can only welcome. It means that the Danish model can function as a safeguard against social dumping when big international corporations want to start up operations in Denmark and do business without respecting their employees’ rights,” he told TV2.

Ryanair has repeatedly rejected the notion that its operations in Denmark should be a concern of the labour unions, arguing that “Ryanair is a company with good employee conditions” and that its “presence in Copenhagen will create many new jobs,” as the company’s personnel director Eddie Wilson said at a February press conference.

The airline has previously warned that if the court ruled in the unions’ favour, Ryanair would drop its Copenhagen base, resulting in “a loss of good jobs” in the Danish capital.

Robin Kiely, head of communications for Ryanair, said that the airline will initiate another round of court proceedings against LO.

“We have instructed our lawyers to immediately appeal this ruling, which appears to allow competitor airline unions to blockade Ryanair’s 1 based aircraft at Copenhagen, and we have also submitted a secondary claim to the Danish Labour Court,” Kiely wrote in a press release.

According to Kiely, the company will continue to operate its routes to and from Copenhagen, but on aircraft based outside of Denmark. 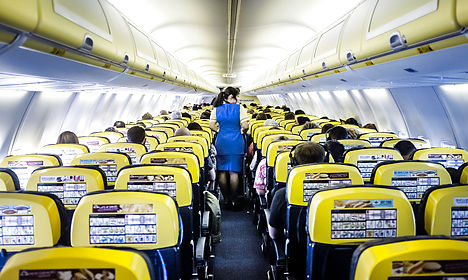 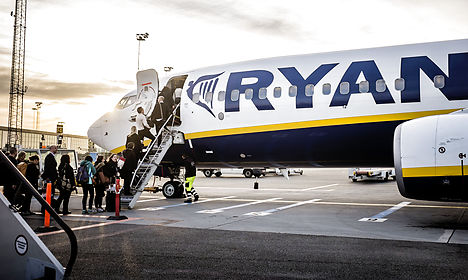