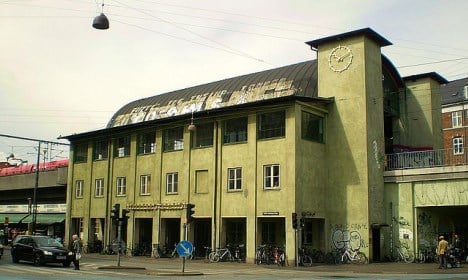 The City of Copenhagen plans to make significant investments in two urban renewal projects in the coming years in a bid to integrate troubled districts into the rest of the city.

The municipality has been in talks with an architectural firm to transform the area around Nørrebro Station, where a common complaint has been that the overhead railways only serves to separate the district from the rest of Copenhagen.

The intention is to transform the area – including the premises below the overhead railway – into more open spaces, squares and shops.

“Nørrebro Station is on its way to becoming one of the most important transport hubs in Denmark, and things will only get busier once the Metro City Ring opens in 2019. Therefore it is important that we consider how to develop the whole area holistically, in order to foster a better sense of security – particularly around the overhead railway,” Copenhagen Mayor Frank Jensen wrote in an email to Berlingske.

See also: No new Copenhagen metro in 2018 as planned

The Nørrebro district, – pejoratively referred to among some Danes as “NørreBronx” – contains a number of areas designated as ghettos, with high crime rates and low unemployment.

The district was home to the largest riot in Danish history when in 2007, disorder broke out after police moved in and evicted squatters from a youth centre marked for demolition.

The city also plans to invest half a billion kroner in the troubled Tingbjerg housing district over the next decade.

The district is home to a large number of immigrants and is included on the government's official 'ghetto list'. The city wants to draw more traffic into the area, entice “other resident groups” to move in, and produce an overall better sense of safety and security.

See also: Løkke: 'We have a problem with integration'

Jensen said the city's renewal projects as part of a European trend to rectify out-dated urban planning from the 1950s and 60s.

“The problem with the districts built in the 50s and 60s is that while they were likely designed to reflect priorities in urban planning in their day, they no longer work due to their mono-functionality. They are closed off, with a central pub and a shopping mall surrounded by residential blocs,” Jensen told Politiken.