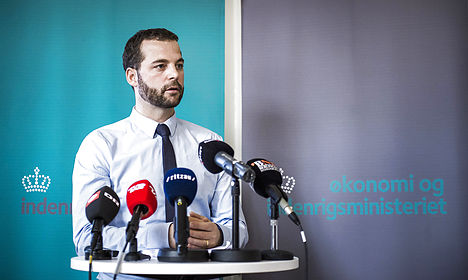 Leader: Morten Østergaard (Minister of the Economy and Interior)

A common saying about the Social Liberals (Radikale) is that you are either born one or you are not. Founded in 1905, it has often sought to position itself as Denmark’s centrist party. It has previously leaned more towards working with the Social Democrats, but there have been instances where they have also aligned with the blue bloc.

When a government comprised of the Social Democrats, Social Liberals, and Socialist People’s Party was formed in the wake of the 2011 election, many wondered how that was actually going to work. The Social Liberals ended up having a considerable influence on the government’s economic policies, much to the credit of former leader Margrethe Vestager (who has since moved on to Brussels) and the chagrin of the Socialist People’s Party, which eventually felt forced to leave the government after the controversial partial sale of Dong Energy to Goldman Sachs.

The party currently hold six ministerial positions, with heavyweight posts filled by Foreign Minister Martin Lidegaard, Østergaard as the economy and interior minister, and Marianne Jelved as the culture and church minister. But being a junior coalition partner is never easy. The Social Liberals have slipped in the polls during their time in government, and many of their former supporters have moved on to Denmark’s newest party, the Alternative, which was founded by former Social Liberal Uffe Elbæk.

Core campaign issues
The party argues that the key to ensuring the quality of the welfare system is getting more people into the labour market – native Danes as well as foreigners. The Social Liberals have a stated goal of getting three million people into the workforce and they want to raise the retirement age to 68 by 2025.

The Social Liberals also have a strong environmental profile, saying that Denmark needs to move out of the “coal age” and run on 100 percent clean energy by 2050.

They are also keen to reduce social inequality in Denmark through investments in the public welfare system.