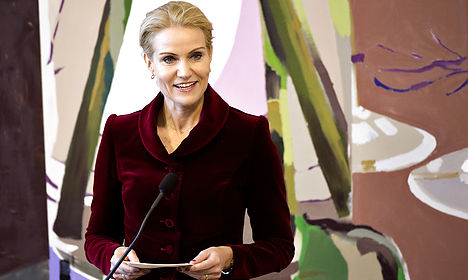 Synopsis
The Social Democrats (Socialdemokraterne) were founded in 1871, making it not only one of Denmark’s largest political parties, but also one of the oldest. It has been the major coalition partner in government since the 2011 election, and in recent times has been the unofficial leader of the so-called ‘red bloc’ in Danish politics, which is comprised of four other parties that have named Helle Thorning-Schmidt as their favoured prime minister candidate.

The party is credited with having brought the Nordic welfare state model to Denmark and has held the unofficial title of Denmark’s “worker’s party”, but surveys suggest that the many working class voters have abandoned the party for the Danish People’s Party (DF).

Through the first half of her tenure as PM, Thorning-Schmidt had to fight off a distracting tax scandal involving her husband as well as repeated taunts of “broken promises” from the opposition, which pointed to high-profile projects promised by the government, like a proposed congestion ring around Copenhagen and cheaper public transport, that never saw the light of the day.

But the PM's party and government coalition partners the Social Liberals (Radikale) managed to steadily tick off the bulk of what they promised when they came into office and Thorning-Schmidt has mostly been able to turn around public opinions about her personality.

So far, Thorning-Schmidt and her team have managed to run an effective campaign focused particularly on attacking the credibility of her main opponent, Venstre leader Lars Løkke Rasmussen, as well as taking a harder stance on asylum seekers and immigrants as a way of luring people back from DF.

Core campaign issues
Thorning-Schmidt's team initially sought to make the election revolve around its management of the economy, which has improved since they took over. They promise a stronger welfare system and public investments as an alternative to Venstre’s proposed cutbacks on public spending.

They have reacted to the blue bloc’s lead in the polls by touting its more hardline immigration approach, which has included tightening restrictions on asylum and pushing for better integration of foreigners.

The Social Democrats also have a focus on the environment and combating crime and extremism, but to a lesser extent.