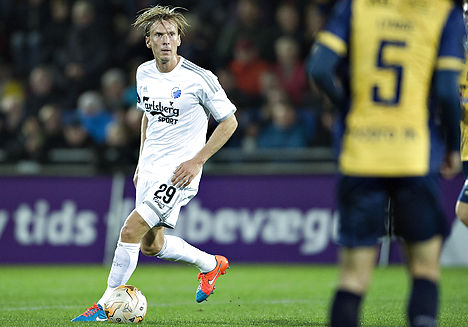 Christian Poulsen. Photo: Henning Bagger/Scanpix
Former Denmark international Christian Poulsen is to be released by FC Copenhagen at the end of this month, the club said on Thursday.
The 35-year-old, who played for the likes of Liverpool, Juventus, Sevilla and Schalke 04 during a career that started in 1997 at Holbaek, was in his second stint at Copenhagen.
“I could have extended my contract but I decided to reclaim my freedom and see what the future holds,” said the holding midfielder, who scored six goals in 92 appearances for his country from 2001-2012.