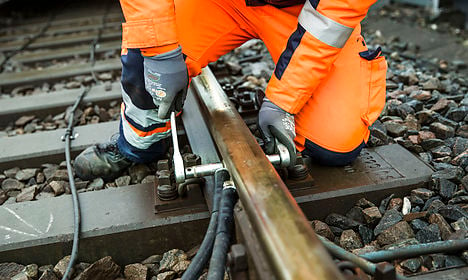 DSB said the cancellations are due to a problem on the tracks on Funen. Photo: Nikolai Linares/Scanpix
Tuesday morning got off to a bad start for hundreds of commuters in Jutland and the island of Funen.
All trains between Odense and Fredericia were cancelled due to a problem with the train tracks in western Funen, DSB said.
Buses have been called in to replace the cancelled trains, but there were reports of massive lines to board the buses and significant travel delays.
According to DSB, as of early Tuesday morning there were not enough buses to ensure a steady schedule.
“The buses aren’t following a schedule but will drive when they are full. We can unfortunately not obtain enough buses to begin with,” a short statement from the rail company said.
As of 8.30am on Tuesday, DSB said it did not know when trains would resume running between Odense and Fredericia.
“You can expect delays, cancelled trains and longer travel times,” DSB said.
Keep updated on the situation on DSB’s website.