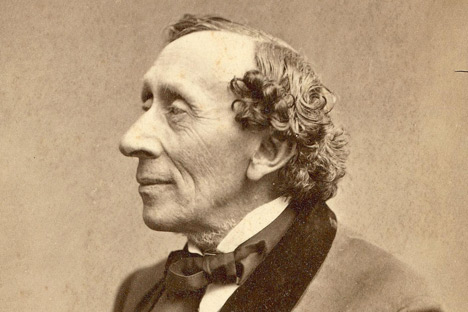 It's unknown how the manuscript ended up at a Lolland manor house. Photo: Thora Hallager/Public Domain
A previously-unknown 1861 manuscript written by Hans Christian Andersen has been discovered in the Knuthenborg manor house on the island of Lolland, TV2 Øst reported on Wednesday.
The manuscript is Andersen’s first draft of the fairy tale ‘The Psyche’ and contains the author’s changes and corrections to the text.
“It is a really rare occurrence when such a manuscript shows up. I cannot remember the last time a complete H.C. Andersen manuscript was discovered,” Johan de Mylius, an expert on the legendary Danish writer, told TV2 Øst.
See also: Hans Christian Andersen letter reveals heartbreak
Another expert on Andersen, Johannes Nørregard Frandsen told TV2 Øst that the manuscript is “truly Danish and global cultural heritage”.
“H.C. Andersen is completely and without comparison the world’s most famous Dane,” he said, adding that the corrections and adjustments that can be seen on the manuscript make it an incredibly special find.
Although the fairy tale was already known, nobody realized that the original manuscript existed until it was uncovered when Knuthenborg’s current inhabitants, Christopher and Stephanie Knuth, began cleaning out the archives of Adam Cristoffer Knuth, who died in 2013. How the Andersen manuscript got there is unknown.
Experts told TV2 Øst that with the find Christopher Knuth now becomes the rightful owner of the manuscript, but he said that its ultimate fate is still unknown. For now, he plans to put it in a safe deposit box.