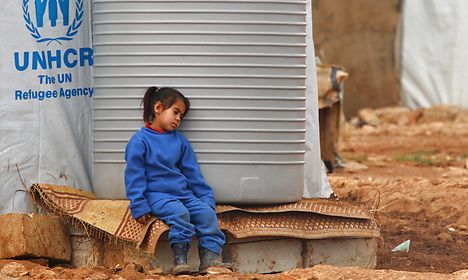 Amnesty called 2014 "a devastating year" for human rights worldwide. Photo: AFP/Scanpix
In its annual report, the human rights organization Amnesty International gave Denmark mixed marks.
Amnesty criticized Denmark for its failure to adequately address concerns over whether the US National Security Agency had carried out surveillance on Danish citizens. After American whistleblower Edward Snowden revealed that the NSA was working with European intelligence agencies to spy on European data traffic, the Danish government was evasive when pushed to explain whether surveillance activities had been carried out in Denmark.
“The government announced in response that it did ‘not find reason to believe’ that US intelligence agencies were carrying out ‘illegal surveillance activities targeting Denmark or Danish interests’,” Amnesty writes in its criticism.
‘The government refused to investigate whether any such agencies had operated or were operating on Danish territory and to present an overview of the applicable laws clarifying the distinction between lawful and unlawful surveillance activities,” it continued.
Snowden documents released by the Guardian in 2013 revealed that Denmark is one of the NSA’s ‘Nine Eyes’, an inner circle of countries that collaborate closely with the US intelligence agency. Internal governmental documents dug up by public broadcaster DR showed that the Americans put “significant pressure” on Denmark to change its laws to allow the surveillance of communication lest it fall out of the inner circle of information-sharing countries.
Amnesty’s report on Denmark also criticized the government’s September decision to limit Syrian asylum-seekers to a new, one-year temporary resident permit and the subsequent decision to make it harder for refugees to bring their family members to Denmark.
Amnesty added its voice to the chorus of criticism on those restrictions, which have already been slammed by the United Nations Refugee Agency, which warned that Denmark risks violating international laws.
Amnesty did however praise Denmark for granting refugee status to LGBT asylum-seekers and for an October Eastern High Court decision that called into question that scheme known as tålt ophold, or ‘tolerated stay’, in which rejected asylum seekers are allowed to remain in the country due to dangerous conditions in their homelands.
The human rights group also gave Denmark qualified praise for moving forward on a system to identify individual police officers, but bemoaned the lack of “clarity on the visibility required of any such identification numbers”.
it also encouraged the government to investigate why a “disproportionately high” number of rape cases don’t get prosecuted.
As a whole, Amnesty International said that 2014 was “a devastating year” for human rights worldwide. The group also had plenty of specific criticism for Italy, Spain, France and Austria.