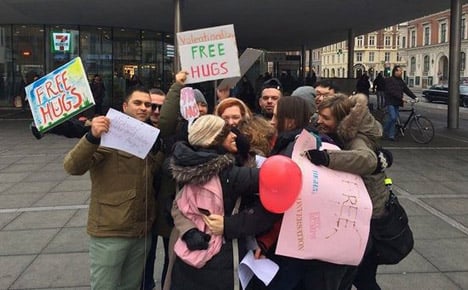 Free hugs! Photo: Submitted
Just hours before the city was thrown into chaos due to the twin shootings that killed two and injured five on Saturday, a motley group of Copenhageners was out on the streets giving away free hugs and spreading goodwill.
Around a dozen young people from different nationalities gathered near Nørreport Station at 2pm on Saturday to spread some warmth around on a cold day. The free hugs campaign was the brainchild of Jena Mariz Salinas, an Indonesian working as an au pair in the city. It was the second such event organized by Salinas. The previous one was held in December and was inspired by her Norwegian friend, who had carried out the same campaign in Oslo in Christmas of 2013.
Salinas pointed to studies that have shown the benefits of hugging, which include security, positive feelings, better health and freedom.
"We will continue to do this every season because there are always people needing hugs. I, myself, feel the blues sometimes and only a hug can turn me from being sad to being happy and inspired," she told The Local.
"Sometimes, we don't need people to talk to us when we are feeling low; a simple hug can change everything. I think when we hug random people, both the huggers feel good about themselves," she added.
Salinas said that her international crew of huggers also wanted to create a cultural exchange.
"As a foreigner, I wanted to have a good cultural experience. I also want to improve the general impression people have about au pairs. A lot of people think that we are here only to work and support our families back home or to find a Danish guy for a marriage of convenience," she said.
We're interested in highlighting your event. To promote an upcoming event, please provide a preview within a week before it takes place. To give a recap of a recent event, please send us a write-up and photos within three days after the event. In both cases, the text shouldn't exceed 300 words. Send submissions to [email protected] 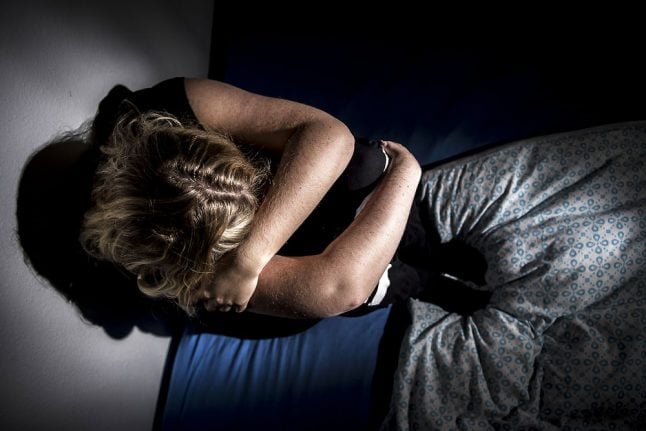 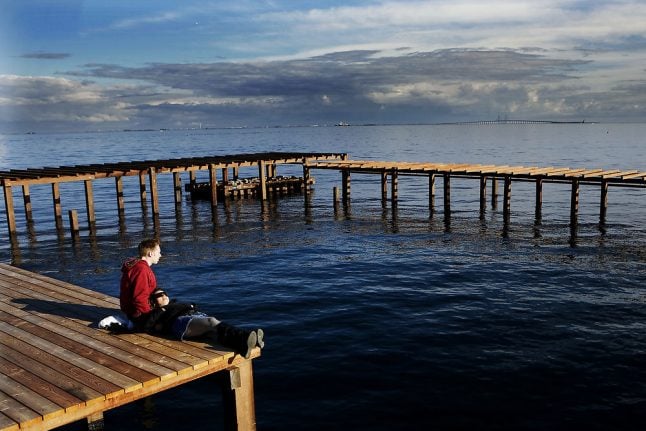