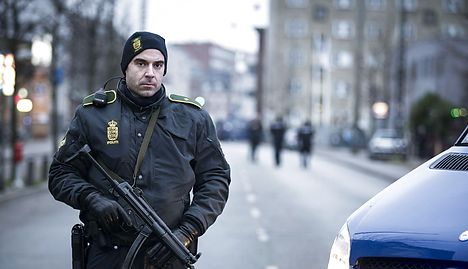 Photo: Claus Bjorn Larsen/Scanpix
The United States on Sunday condemned deadly attacks in Copenhagen over the weekend, as it lashed out against all forms of bigotry, including anti-Semitism.
Officials said the suspected gunman behind the double shootings that killed two people at a cultural center and a synagogue before he was shot dead by police may have been inspired by last month's Paris attacks.
BLOG: How the Copenhagen attacks unfolded
Washington "condemns the terrorist attacks that took place over the weekend in Copenhagen," State Department spokeswoman Jen Psaki said in a statement.
"Our deepest condolences go out to the family of the victims who were killed, and our thoughts are with the security officials injured in these terror attacks."
Psaki said the United States had offered assistance as Denmark investigates the deadly incidents.
"The people of the United States stand united with the people of Denmark and all others who defend the universal right of freedom of speech and stand against anti-Semitism and bigotry in all its forms," Psaki added.
Saudi Arabia on Sunday also condemned the fatal attacks in Copenhagen, along with the murders last week of three Muslim students in the United States as "terrorist" acts.
"Saudi Arabia has followed with deep sorrow the terrorist, criminal, and ugly acts that took place recently in the Danish capital Copenhagen and the US state of North Carolina," authorities said in an official statement on the Saudi Press Agency.
The kingdom, home to Islam's holiest sites, called for "the need to respect religions" and to avoid "incitement against Muslims," the statement said.
The attacks in Denmark saw a 55-year-old man killed at a panel discussion about Islam and free speech on Saturday and a young Jewish man killed outside Copenhagen's main synagogue early Sunday, while the US attack saw three Muslim students shot dead in the North Carolina university town of Chapel Hill on Tuesday, allegedly at the hands of a neighbour who railed against religion.
British Prime Minister David Cameron has also condemned the Copenhagen shootings, calling them an "appalling attack on free speech and religious freedom" 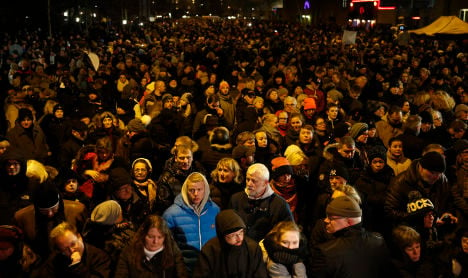 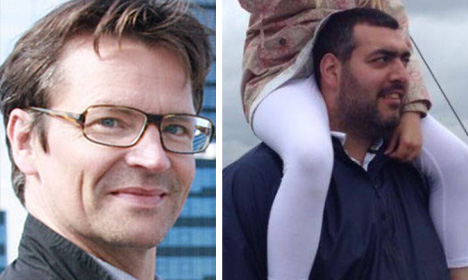