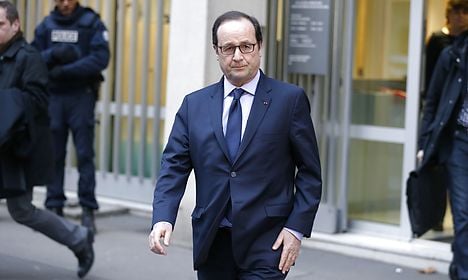 French President Francois Hollande leaves the Embassy of Denmark in Parison Sunday. Photo: AFP/Thomas Samson/Scanpix
French President Francois Hollande said Sunday that the "same targets" were hit in the weekend attacks in Copenhagen as during the January assault in Paris that claimed 17 lives.
"It was the same targets that were chosen by the terrorists", said Hollande, speaking on a visit to the Danish embassy in Paris.
"We see there is a link that doesn't show there is a network but does show the terrorists are determined to hit what we are, what we represent, the values of freedom, of law, of protection that every citizen — whatever his or her religion — should have," the president added.
Like the Islamist Kouachi brothers who killed 12 in and around the offices of French satirical magazine Charlie Hebdo on January 7, the Copenhagen gunman unleashed a volley of bullets at a cultural centre where a debate on freedom of speech was taking place.
Two days later in Paris, another Islamist gunman, Amedy Coulibaly, killed four Jews in a hostage drama at a kosher supermarket. In Copenhagen, the gunman shot a 37-year-old Jewish man dead outside the city's main synagogue early on Sunday.
Both rampages ended in a firefight with police. French elite forces stormed the Jewish supermarket and a printing firm where the Kouachi brothers were holed up, resulting in the deaths of all three gunmen.
In Denmark, the suspected attacker was killed in a gun battle with police after a massive manhunt closed down the capital.
See also: Gunman maybe inspired by Paris attacks: police
'High-value targets'
"The modus operandi seems similar, the targets too. It seems to be the same type of individual jihad," said one source close to the elite French forces, who declined to be named.
Danish security forces have already said the man "may have been inspired" by the three days of terror in Paris last month.
According to the security source, authorities are wary of "copy-cat" acts.
"That is the intention of those waging jihad: with their propaganda videos and their Internet recruitment, they want people to identify with actions such as the Paris attacks. They want them to repeat them."
Groups such as Al-Qaeda and Islamic State (Isis) have called on followers to take whatever crude action they can to inflict carnage on the streets of the West.
Terrorism Jean-Charles Brisard said there were indeed "similarities" between the two attacks "but they follow the same basic trends we have been observing for several years."
The gunmen aimed at "high-value targets" with "weapons that are increasingly less sophisticated" instead of using explosives that are "more and more tracked by security services", said Brisard.
This type of attack "requires a lot less preparation than attacks that were carried out in the past," which makes it harder for authorities to intervene in the preparatory phase.
Nevertheless, the security expert warned against "short-cuts" in linking the two attacks, as "we don't know much about the Copenhagen shooter".
Nevertheless, Jens Madsen from Denmark's Security and Intelligence Service (PET) told reporters Sunday that the man may "generally have been inspired by militant Islamist propaganda issued by [Isis] and other terror organisations." 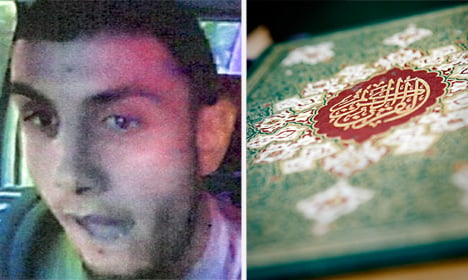 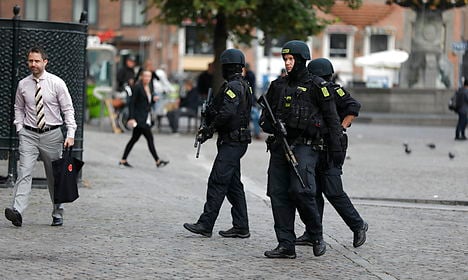 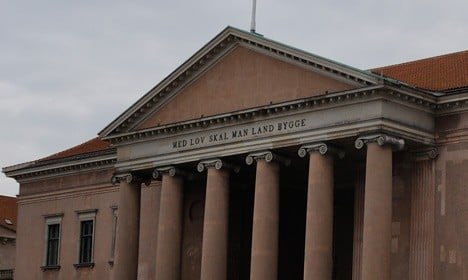