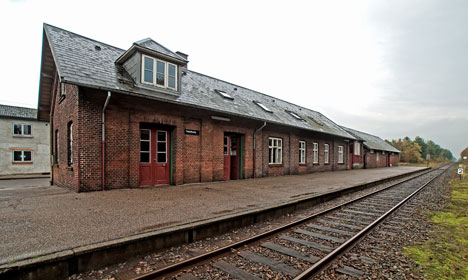 More and more people are leaving Denmark's rural areas. Photo: Colourbox
According to a report in Jyllands-Posten, Danish cities with at least 20,000 residents have grown by 7.6 percent since 2009 while the population of rural areas has fallen by 5.2 percent.
Numbers from Eurostat reveal that Denmark is one of the European countries with the largest population shift form rural to urban areas.
See also: Immigrants boost Denmark's rural towns
The development has many concerned and calling on parliament to stop the exodus from Denmark’s smaller population centres.
“Education, cultural offerings, house prices, public services, health – the rural areas are lagging behind in many areas,” Jørgen Møller, a rural development professor at Aalborg University, told Jyllands-Posten.
“We have had this idea that one should be able to live a good live anywhere in Denmark, but that notion is threatened,” he added.
Martin Damm, the chairman of Local Government Denmark (KL), an association of the nation’s 98 municipalities, said it’s easy to see why Danes, especially young people, are leaving rural areas.
“The cities will soon be the only places where you can get an education so it’s not strange that young people are moving,” he told Jyllands-Posten.
Holger Shou Rasmussen is the mayor of the sparsely-populated island of Lolland. He warned that the rural exodus threatens the nation’s future.
“As a nation, we are about to break in half and therefore we need to discuss how Denmark will look in 25 years,” he told Jyllands-Posten.
Carsten Hansen, the nation’s minister for housing, urban and rural affairs, said that he will determine an action plan for rural Denmark’s future.