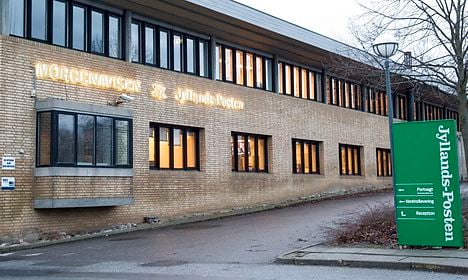 Jyllands-Posten's Viby headquarters. Photo: Axel Schütt/Scanpix
East Jutland Police wrote in a press release on Monday that a routine check of a “suspicious vehicle” near Jyllands-Posten’s offices in Viby on Sunday night turned temporarily dramatic when the driver attempted to elude police.
Police shortly thereafter stopped the vehicle and upon approach spotted what appeared to be both an automatic weapon and a pistol. Both, however, turned out to be fakes.
“The way the situation is right now, particularly surrounding Jyllands-Posten, it is totally crazy to drive around with what looks like an automatic weapon and then on top of that to try to escape from the police. We are on extra alert and we are not taking any chances if it comes down to it so we would advise thinking twice and not acting stupid,” police inspector Bent Preben Nielsen said.
See also: Jyllands-Posten ups security after Charlie Hebdo attack
Jyllands-Posten stepped up its security on on Wednesday after the deadly attack on the French satirical weekly Charlie Hebdo.
The newspaper published 12 cartoons of the prophet Muhammad on September 30, 2005, which caused angry and sometimes deadly protests worldwide. The cartoons were reprinted by Charlie Hebdo in 2006.
Westergaard, the artist behind the most controversial of the 12 cartoons, has lived under police protection for almost a decade and was targeted in a failed murder attempt at his home in 2010.
See also: Muhammad cartoonist draws Charlie Hebdo response
The three men in the car – two 21-year-olds and a 19-year-old, all from Aarhus – were arrested and charged with making death threats for driving around with visible “weapons” near Jyllands-Posten and cartoonist Kurt Westergaard.
They also face fencing charges, as police believe the false weapons came from a previous break-in. A subsequent search of the suspects’ home also turned up illegal pepper spray and fireworks and some cannabis, which led to additional charges.
To limit the overwhelming burden on our moderators, it will not be possible to comment on this article. Feel free to join the conversation on our Facebook page. 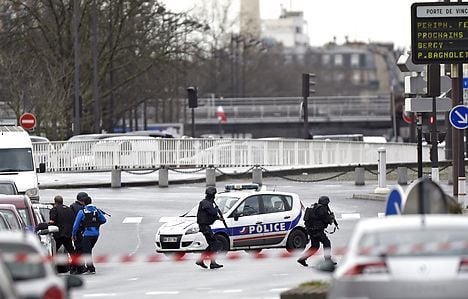 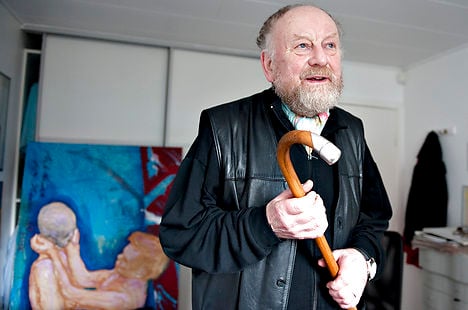