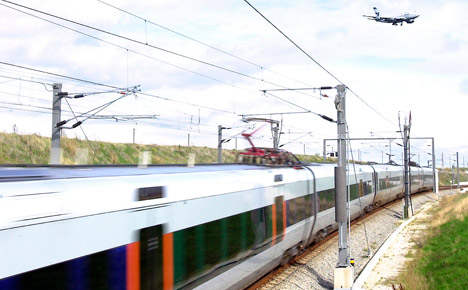 Photo: René Strandbygaard/DSB
A fatal train accident halted rail traffic between Copenhagen Central Station and Copenhagen Airport on Wednesday morning. Train traffic to Sweden was also affected.
According to rail operator DSB, two individuals were struck by a train between Central Station and Ørestad Station. Copenhagen Police report that one of the victims has died.
“One was seriously injured and the other was killed. We don’t yet know why they were on the tracks,” police spokesman Michael Poulsen told Ekstra Bladet.
DSB said shortly after 8am that the police had finished their work at the scene and that trains would be resuming between Copenhagen Central Station and Copenhagen Airport. Trains were expected to resume travel over the Øresund Bridge to Sweden’s Malmö by 9am.