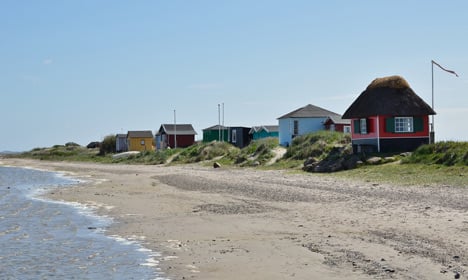 Denmark's coast: Now 20 percent bigger than advertised. Photo: Colourbox
Those looking to attract visitors to Denmark often point out the country’s 7,314 kilometres of coastline. But now it looks like organisations will have to update their promotional material with a new figure.
The Environment Ministry’s Danish Geodata Agency (DGA) has implemented a new and more precise way of measuring Denmark’s coastline and has discovered that the previous estimate was too low.
See also: Copenhagen just got a LOT bigger
Using a map at a 1:10,000 scale rather than the previously-used 1:100,000, the agency found that Denmark actually has 8,750 combined kilometres of coastline – a good 1,436 kilometres longer than previously thought.
But although the tourism industry will likely embrace the larger number – after all, the government recently approved a new strategy of marketing the nation’s combined coastline – the new measurement did little to impress mathematician Anker Tidemann.
See also: Tourism plan focuses on the coasts
“It’s actually an empty gesture. [The measurement] could have been anything. If they would have used a school atlas, it would have been much shorter. And if they would have walked along the coast with a measuring tape, it would have been much longer,” Tidemann told DR.
According to DR, there are no shared international standards for measuring coastlines.