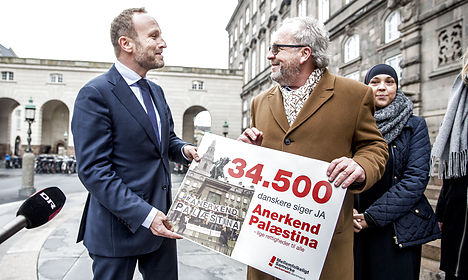 ActionAid Denmark's director Frans Mikael Jansen (r) handed FM Martin Lidegaard 34,500 signatures calling for Denmark to recognize Palestine. Photo: Nikolai Linares/Scanpix
A bill that called on Denmark to recognize Palestine as a state was shot down in parliament as expected on Thursday.
But despite the no vote, the foreign minister nonetheless suggested that Denmark could be a step closer to recognizing a Palestinian state.
See also: Denmark will not recognize Palestine: PM
In a departure from the Danish government’s previous statements, Martin Lidegaard said Denmark is prepared to recognize Palestine even without a two-state solution firmly in place.
“We are in line with the many countries who feel that this is such an important decision that we should wait to make it until we feel like it can actually affect the peace process. We don’t think that is now, but on the other hand we don’t necessarily think that we need to wait until the end of the peace process,” Lidegaard said during Thursday’s debate, as quoted by Politiken.

Later taking to Twitter, he “supported” recognizing Palestine but only “when it can contribute to peace”.

“I don’t think that’s now. It requires the EU,” the foreign minister wrote.
The advocacy group ActionAid Denmark (Mellemfolkeligt Samvirke) on Thursday handed Lidegaard a petition with around 35,000 signatures calling for Denmark to recognize Palestine. 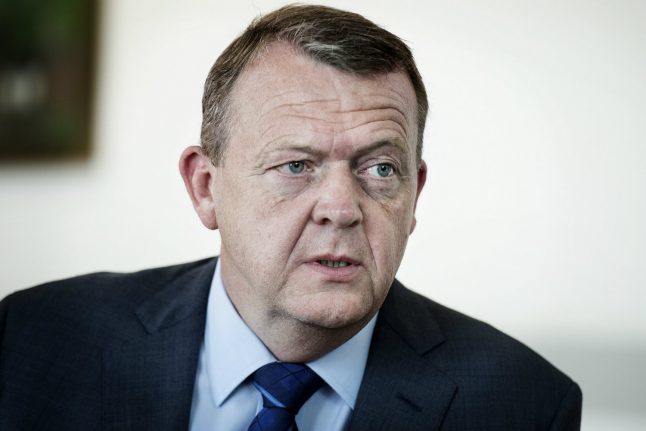 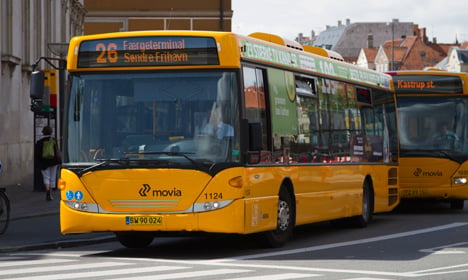