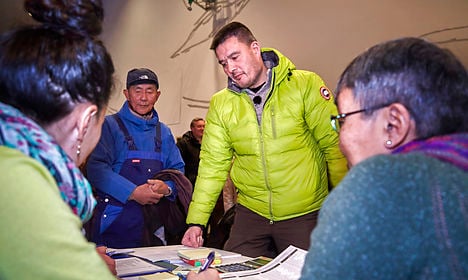 Siumut's Kim Kielsen, in green coat, votes in Nuuk on Friday. Kielsen's party won the election but will have a tough road ahead for forming a government. Photo: Ulrik Bang/BANG/Scanpix
Siumut nipped the leftist Inuit Ataqatigiit (IA) by just 326 votes, allowing the party to hold on to power despite a spending scandal that toppled former PM and party leader Aleqa Hammond and forced the snap election.
Siumut, with the well-respected former police officer Kim Kielsen at the helm, will now need to negotiate its way to the formation of Greenland's new government. The road will be difficult, as neither a coalition with IA and the social liberal Demokraatit, nor with the liberal conservative Atassut, will be enough to secure a majority of parliament.
Siumut will have to turn to Greenland’s smaller parties to get a majority coalition formed.
Friday’s election came just 20 months after the previous elections to fill Greenland's 31-member parliament, when full independence from former colonial master Denmark was the top campaign issue.
See also: Greenlanders go to polls with eyes on economy
Christmas decorations dotted the streets in Nuuk, where newly fallen snow and a chilly breeze greeted those streaming to the cultural centre that serves as the capital's only polling station, newspaper Sermitsiaq reported.
"I'm hoping for a fresh start," one voter told the paper.
With a gross domestic product that shrank 1.9 percent to 13.6 billion kroner (1.8 billion euros, $2.3 billion) in 2013, the economy has become an urgent issue for Greenland's 57,000 inhabitants – of whom about 40,000 are eligible to vote.
More importantly, it has become clear that Greenland's undisputed mineral wealth – eyed by resource-hungry giants like China – will take longer to develop than initially thought.
"While the emancipation from Denmark was a burning hot topic in last year's election, in the run-up to [Friday’s] vote it has been as been as ice cold as a November morning in Ilulissat [a town north of the Arctic circle],” Danish news agency Ritzau wrote.
See also: Greenland independence on hold in snap election
The election campaign focused largely on diversifying the economy, how to boost fishing revenues – which account for 90 percent of exports – and a nascent tourism industry.
"The status of Greenland's economy is very bleak, and going forward there is no indication that it will get better," the chairman of Greenland's Economic Council, Torben Andersen, told Ritzau.
Greenland is largely self-governed but it remains dependent on an annual subsidy from Denmark, which still controls foreign affairs and defence policy.
IA leader Sara Olsvig accused the previous Hammond-led government of having an "unhelpful" confrontational approach toward Denmark.
"Some Danish politicians are rather reluctant… to get involved in Greenlandic issues, and that's a shame," the 36-year-old Olsvig told Jyllands-Posten.
Siumut’s new leader Kielsen is a former police officer and a skilled hunter who connected with the party's many elderly and rural voters, who feel increasingly aloof from Nuuk's urban middle class.
In line with his image as a "real" Greenlander, Kielsen told Sermitsiaq he would spend election day sailing but had little else to say.
"I feel good as always. Nice and easy. You should be happy when you wake up in the morning, right?" he said before votes were counted on Friday.
On Saturday morning, Kielsen likely woke up happier than normal but with a pressing challenge ahead. 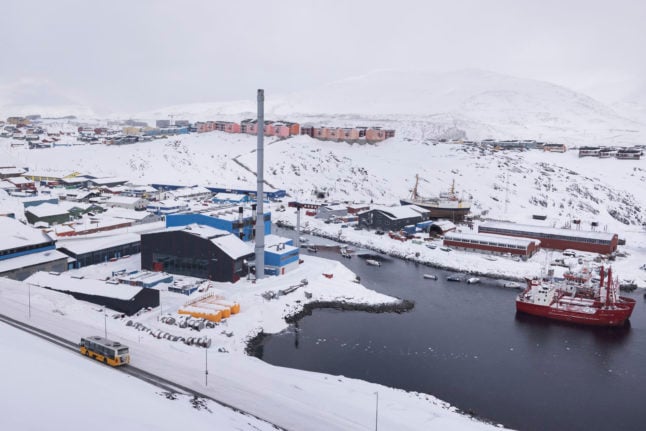