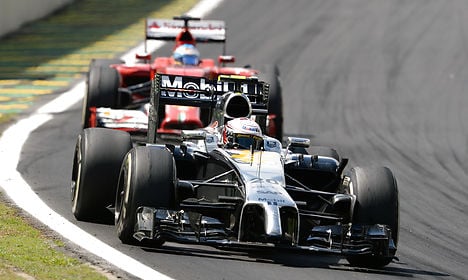 Danish newspaper Herning Folkeblad has reported that a working group is due to meet with F1 supremo Bernie Ecclestone to discuss a potential Danish Grand Prix for 2018.

The group are being represented by politician Helge Sander, who served as the minister for science until February 2010. It's believed that the lobby group were due to meet Ecclestone this week but the talks have been moved until January.

"It doesn't matter if a little more time passes before this meeting takes place as we are working to get Formula One to Denmark in 2018," Sander told Herning Folkeblad.

Any such deal would require substantial investment to construct a circuit suitable for F1 cars. Sander is understood to be trying to secure backing for the project by approaching leading Danish multinational companies to get the proposal off the ground. Denmark is already represented on the F1 grid with Roskilde native Kevin Magnussen racing for the McLaren team in the 2014 season. The 22-year-old finished on the podium in his debut Grand Prix in Australia but struggled for much of the rest of his rookie campaign.

He eventually finished 11th in the world championship, scoring 55 points in the process. Magnussen currently faces an anxious wait to see if he will return to Formula One next year with McLaren yet to decide if they will renew his contract.

The racer has long been backed by Danish clothing company Bestseller, who have been tipped to become a sponsor of McLaren if Magnussen remains onboard.

Only a handful of Danes have raced in Formula One, including Magnussen's father Jan during the 90s.

Tom Belsø raced in the Swedish Grand Prix twice in the 70s, along with Jac Nelleman who made the F1 grid once. Prior to Magnussen's arrival this year the last Dane to race in the highest series of motorsport was Nicolas Kiesa back in 2003.

One of Formula One's leading photojournalists is Dane Peter Nygaard, who clocked up his 500th Grand Prix at the season finale in Abu Dhabi.

The closest Danish fans have come to getting an F1 fix was during the 70s when thousands took the Helsingør-Helsingborg ferry to watch the Swedish Grand Prix in Anderstorp.

Sweden hosted its last Grand Prix in 1978 so if the Danish bid is successful it will mark 40 years since Grand Prix cars raced in anger in Scandinavia. 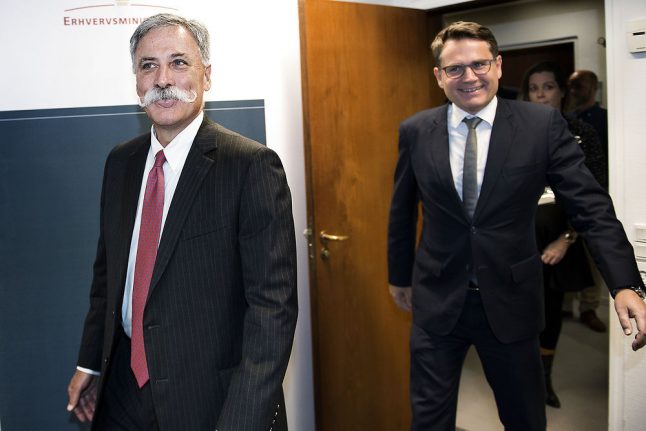 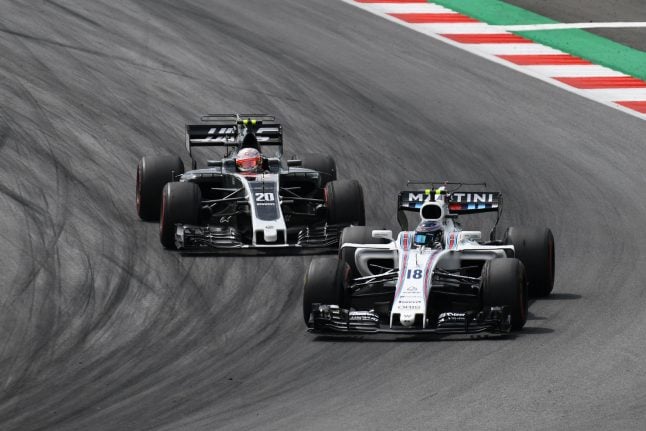 Christensen and former MP Helge Sander, the joint leaders of the bid, remain enthusiastic about its chances of success.

Efforts to bring in investors and sponsors must, though, do more than raise the amount to get the deal with Formula One off the ground, since costs are repeated year-on-year.

“Formula One needs license payments every year. That goes without saying. But there are also many other costs, like logistics, which become smaller in subsequent years, when costs have been covered in the first year,” Christensen said.

“That will not make it free, but I imagine that the level of costs will fall moderately after the first and second years,” he said.

Newspaper Ekstra Bladet has reported an expected 20 percent decrease in the cost of arranging the event after the first year.

But overall running costs are expected to remain above 100 million kroner even after the initial expenses of establishing the event.

A potential deal with Formula One could have an initial duration of three years from 2020, Christensen said.

As such, the millionaire said he hoped to attract sponsors and investors to commit themselves to the project for an extended period.

“If we commit to a three-year deal with Formula One, we will owe money for three years. So the commitments we are working on must be a little long-term,” he said.

“Our goal is to have long-term collaborations that benefit both parties,” Carey said.

No deadline currently exists for an agreement to be reached over the potential Copenhagen Grand Prix, according to Carey.