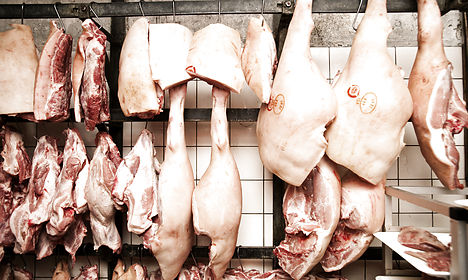 One in every five packs of Danish pork sold in both Denmark and Sweden has been found to contain MRSA Photo: Kristoffer Juel Poulsen/Scanpix
The massive increase in the prevalence of MRSA in Denmark is also affecting Swedish consumers. A study carried out by Swedish newspaper Dagens Nyheter in tandem with Sweden’s National Veterinary Institute (Statens veterinärmedicinska) found that four of 20 packages of Danish pork bought throughout the Stockholm area contained the resistant MRSA bacteria.
A random sampling of German pork found the presence of MRSA in just one of 20 packages.
Read more on The Local Sweden
A similar test in Denmark found the same prevalence of the bacteria. The Technical University of Denmark analysed 100 packages of Danish-produced pork and found the MRSA 398 bacteria in 21 of them. That represented a steep increase from just five years ago when a similar analysis found the presence of MRSA in just five percent of Danish pork products.
Pigs do not become ill from MRSA and the bacteria is not particularly dangerous for people who are healthy. But for people who are already feeling weak or poorly, exposure to the bacteria can lead to blood poisoning and in the worst cases death.
See also: Every fifth pack of pork carries MRSA
Two leading experts concluded in August that up to 12,000 people are currently infected with MRSA 398 in Denmark, a variant that can be transmitted from livestock to humans.
With the Swedish findings, officials there are concerned.
"It's unlikely that you would become infected through meat but it is unpleasant to know that there are resistant bacteria in the food that you buy," Olov Aspevall, chief physician of the Swedish Public Health Agency (Folkhälsomyndigheten) told Dagens Nyheter.
See also: Ministry's MRSA reaction to be investigated
Last year Sweden imported 142,000 tonnes of pig products, with three quarters of that amount coming from Denmark and Germany.
The prevalence of MRSA among Danish pigs has already led Norway’s largest retailer to consider a stop of all imports of Danish pork. 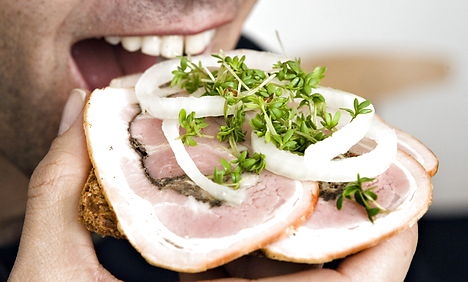 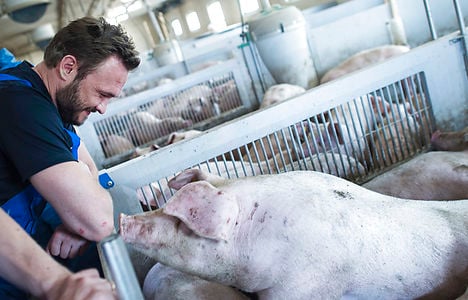