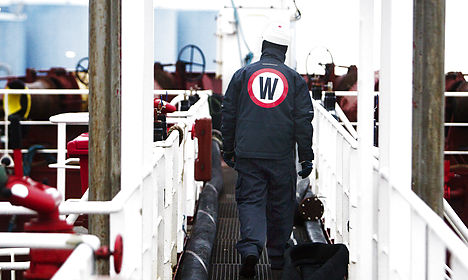 OW Bunker filed for bankruptcy on Friday. Photo: Kasper Palsnov/Scanpix
One of Denmark's largest companies, ship fuel supplier OW Bunker, on Friday filed for bankruptcy after saying it had discovered a $125 million (100 million euros) fraud at its subsidiary in Singapore.
"Since the credit facility was closed down on Wednesday, the underlying business has eroded significantly," chairman Niels Henrik Jensen said in a statement.
"Without the provisions of new, significant credit facilities in the immediate future, it is not possible to save the remaining business… We are therefore left with no option but to file for bankruptcy," he added.
The company also said two employees at Singapore-based Dynamic Oil Trading had been reported to the police following Wednesday's announcement that the group had uncovered fraud there costing it around $125 million.
On Thursday it warned that the losses could push it into bankruptcy after failing to reach an agreement with banks that would keep it afloat.
See also: Fraud could bankrupt huge Danish fuel firm
The group, one of Denmark's largest companies by revenue, also said a review of its risk management contracts had revealed a mark to market loss of around $150 million rather than the $24.5 million announced on October 23.
The company's head of risk management was fired immediately as a result.
OW Bunker was valued at 5.33 billion kroner (716 million euros, $890 million) in May in what has been Denmark's second biggest IPO in the year to date.
The largest Nordic bank, Nordea, at the time told investor that the ship fuel supplier's business model was "robust and scalable."