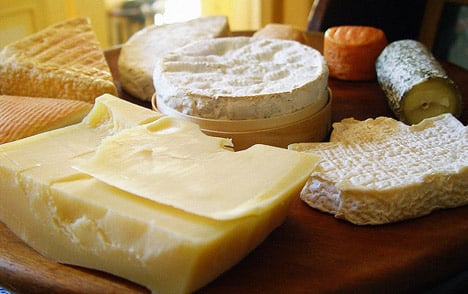 Russia's loss is a Danish charity's gain. Photo: Chris Buecheler/Flickr
Dairy producer Arla said on Thursday it would donate 15 tonnes of cheese to homeless people in Denmark after it was hit by the Russian embargo on EU products.
Arla, a cooperative owned by farmers in seven European countries, said it couldn't sell the products in other markets either because it was unable to repackage them, or because they contained spices and flavourings geared at the Russian palate.
Cheese flavours such as blueberry, olives and rocket salad normally weren't sold in Denmark, it said.
"Arla has managed to use nearly all of the affected products in other markets, but a small part of the products for various reasons cannot be repackaged and sold," the group said in a statement.
See also: Finland says no to Arla's 'Putin cheese'
The 15 tonnes of cheese is being given to the Food Bank, a Danish charity that collects food from supermarkets and wholesalers and gives it to the poor.
"For us it's a very large donation that can benefit several thousand people," the head of the Food Bank, Karen-Inger Thorsen, said in a statement.
The Russian ban covers imports of meats, fruits and vegetables, fish and dairy products from Australia, Canada, the European Union, Norway and the United States. It was announced in August in retaliation for US and European sanctions over Moscow's annexation of Crimea and alleged role in the separatist rebellion in eastern Ukraine.