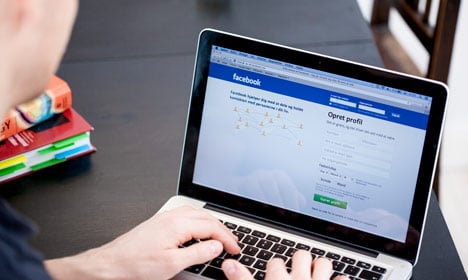 Photo: Colourbox
Are you reading this while you should be working? Be careful.
Most of us sneak in a bit of personal web time – ok, perhaps a lot – while at work, but the Western High Court this week upheld a company's right to fire employees for using the internet for personal reasons.
The court backed Vestas’s decision to fire an employee who used the company’s network to go online and update his Facebook account.
The male employee, who had worked for the wind turbine company for 15 years at its Lem facility, was fired for going online during his shift as a night watchman and was told that he had just minutes to leave company property.
The Western High Court sided with Vestas’s right to fire the man but not with the expulsion, awarding the now former employee 117,000 kroner ($19,800) in compensation.
According to a report from Ritzau, the man used part of his night shift to log on to Facebook, answer emails and go online house hunting. The following day, he was called in to his boss’s office and told that by using the internet for private purposes for more than two hours he had violated Vestas’s policy.
He was expelled from the grounds and then fired.
The court ruled that because the employee was familiar with Vestas’s strict online policy, the firing was justified. Expelling him for the property however was seen as too harsh, the court said. The court pointed to the fact that the company’s IT policies don’t specify the consequences of violating the rules and that in the man’s 15 years of experience at Vestas he had no other violations or complaints about the quality of his work.