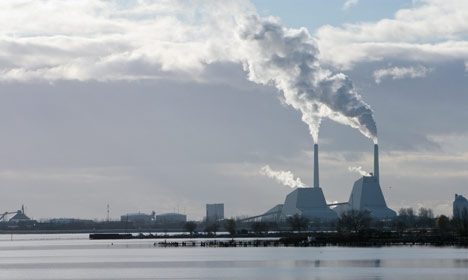 The climate minister said transitioning away from coal sooner would send a "very, very good signal". Photo: Colourbox
Denmark’s climate minister, Rasmus Helveg Petersen, wants to accelerate the nation’s full transfer from coal to renewable energy.
Petersen has called for coal to be banned as an energy source by 2025, five years earlier than planned.
While Denmark has seen great strides in alternative energy sources – wind power accounted for 41.2 percent of all electricity used in Denmark through the first half of this year – coal continues to account for around 20 percent of the nation’s total energy production.
Coal is scheduled to be phased out in 2030, but Petersen would rather see that happen earlier.
“I have asked my civil servants to look at what can be done to stop burning coal in just ten years,” Petersen told DR.
“It would be of great benefit to the climate and it would be a very, very good signal to send,” he added.
See also: Climate minister: "We are in a lot of trouble"
Petersen, who has been attending the UN’s Intergovernmental Panel on Climate Change (IPCC) in Copenhagen this week, said coal has been proven to be the energy source that contributes the most to climate change. Therefore, he said Denmark should transition away from it as soon as possible.
“Under no scenario, will we continue to use coal. We have already decided that we should be done with it in 2030. Now I want to see if it can be done sooner,” Petersen told DR.
Lars Aagaard, the CEO of the Danish Energy Association (Dansk Energi), said that Petersen’s plan is “totally crazy”.
“The minister won’t have a snowball’s chance in hell to propose a phase-out of coal in Europe. It simply can’t be done. A large part of the European energy supply is dependent on coal and will continue to be for years to come,” Aagard told DR.
According to the Danish Energy Association, the use of fossil fuels like oil, coal and natural gas covered three fourths of Denmark’s total energy use in 2013.