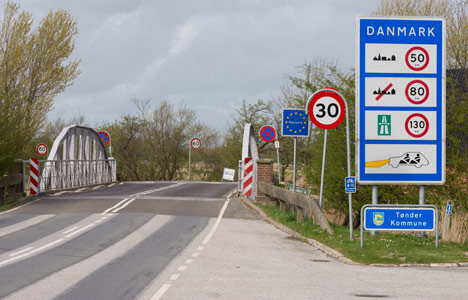 The justice minister said its time to rethink border controls. Photo: Colourbox
The Justice Ministry wants to give Danish police more authority to stop vehicles at the border and check arriving passengers at Denmark’s airports.
“We won’t accept people coming to Denmark to commit crimes and we want to send a strong signal that those types of people aren’t welcome,” Justice Minister Karen Hækkerup said in a press release.
“Therefore we will give the police new and effective tools like automatic licence plate scanners that will be set up at the borders. That way police can react to human smugglers and be tipped-off when suspicious vehicles drive into Denmark,” she added.
Hækkerup’s proposal also calls for “more targeted and consistent” controls in Denmark’s airports.
Hækkerup said that the large number of refugees travelling throughout Europe and an increase in organised international crime calls for a new approach to border protection.
“The time for gates at the borders has run out in a Europe in which we cooperate closely, are economically dependent on trade with each other and where we travel extensively across country borders. Our proposal rethinks the police controls within the framework of Schengen cooperation,” she added.
Denmark and Germany have already agreed to launch joint patrols in frontier areas.