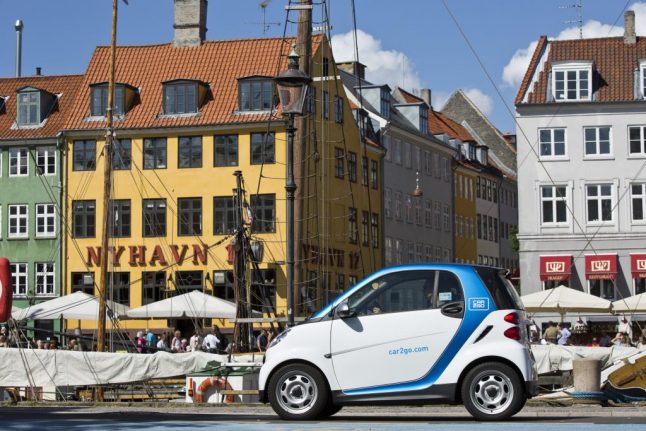 Thousands are already sharing these small Smart Fortwos in Europe and in the US. Photo: Daimler

If you rather feel like cruising Copenhagen in a car than on a city bike, there is now a cheap and eco-friendly choice in town.

The car sharing company Car2go from the German car manufacturer Daimler launched in Copenhagen on Wednesday and has released 200 small two-person Smart Fortwos in the streets.

You can find your way to a Car2go car anywhere in Copenhagen with an app, that tells you where the nearest car is parked and how to get there.

850,000 users worldwide
The cars are already being shared by more than 850,000 people in 26 cities around the world, including Amsterdam, Rome, Berlin in Europe and Miami, Washington DC and Seattle in the US.

Berlingske reports that Car2go has 1,200 users in Denmark and that the company expects to reach more than one million worldwide by the end of 2014.

“Car2go will give Copenhageners freedom to choose the most effective mode of transport no matter time and place,” CEO in Germany, Thomas Beerman, told Berlingske.

“Based on our experience, we expect Car2go to help bring down congestion and CO2 levels, and take some pressure off the limited parking spaces in Copenhagen.”

No CPH contract
Although energy efficient car sharing should be in line with the aim to make Copenhagen a green capital, the City Council announced on Monday that it will not collaborate with Car2go.

The deputy mayor for technical and environmental affairs, Morten Kabell, would only grant a special license to electric city cars, but Car2go believes that electric cars would not be as easy to share as fuel-driven vehicles.