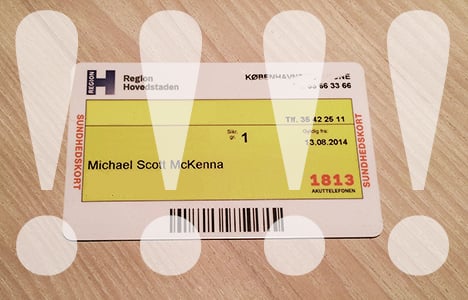 Is it not strange how our mental finish lines, once crossed, turn so readily into starting gates? Let me be more precise: I now have a CPR number. This little yellow card has, following a summer of unforeseen obstacles (who knew that Britain’s passport office would choose 2014 for its historic and total breakdown?) come to serve as something of an obsessive totem. Every time I would load Spotify, attempt to join my local gym or try and improve my 'cash in the sock drawer'-based banking portfolio, I would be reminded of just how badly I needed this little card. Without it, one is a non-entity in Denmark, and though it was nice to receive my bevis for registrering back in early August, it was merely a stopgap measure.
You need your CPR. And now I have mine. And before I get all used to it and start to act cool and jaded about these things, I feel it necessary to share the following personal detail:
On the day that I got my CPR card, and after tucking into my wallet, I stopped, removed it and just kind of looked at it a total of six separate times. “Isn’t this strange,” I thought, “I am basically Danish now.” Who knew that one day I would be Danish?
But of course, I am not Danish at all. I just live here. But this is what I meant by finishes transforming into starts: at the present moment, and with my CPR card tucked securely into my wallet (I just checked), the Danish state has allowed me to live here long enough that I might eventually become a little more Danish. Just a bit. As much as is possible, given my innate national shortcomings, I guess — and this is fine by me.
I no longer, for example, have any excuse not to take language classes. This does not mean that I have enrolled in language courses, as of yet, but it does mean that I have become very curious about how seemingly readable words are actually pronounced. “Oh, so it’s Ooster-bro-gale?” is an example of the sort of thing I now often say (if you are in that area, by the way, and happen to spot a tall, thin, slightly lost-looking guy muttering things like “Århusgade… Århusgade… Oor-hus-gale” under his breath, know that he is not actually mentally deficient. He’s just new here). I have also, perhaps illegally, mastered the art of texting while cycling. The way I see it, you must start with the little details before undertaking the fundamentals of Danish life.
Another component of my increasing-but-still-somewhat-unjustified feeling of Danishness is the fact that I now live in an apartment large enough for human habitation. It’s not huge or anything, but it’s big enough that you don’t wake up in the middle of the night feeling like you’re in a Deutsche Bahn sleeping car from 1982, which is reassuring on a complex and profound level.
Less reassuring, however, are the comments I am receiving from locals about my move. When I first arrived, I needed to find an apartment right away, and so relied on an expat-oriented agency. I knew at the time that the prices were a little high for the near-comically small spaces on offer, but I figured that was par for the course: you’re always going to pay a little extra for convenience, and expat-oriented companies are internationally-renowned masters of the surcharge. Nobody was deceived by any of this, and until I was able to find a more locals-oriented flat arrangement, everyone was happy.
I have written before about Copenhagen’s carnivorous rental market, but let me make the point again: it is not normal to have to hand over six (or even three) months’ rent up front on a 12-month lease. This is unheard of in Montreal or Berlin, deeply uncommon in London and rare even in New York. But since I knew Copenhagen was an expensive city and a tough rental market, I coughed it up. The only thing that remains deeply alarming is how few Danes seem to feel I will see any of it back.
Don’t try and hide it, Denmark. I know what you are thinking. I can see you giving little uncomfortable side-glances whenever I talk about my move. There I will be, delivering some totally reasonable-sounding phrase like “and then in 30 days we will get our deposit back for the old place” and suddenly everyone is looking at the floor. I think I have heard stifled laughter. It is beginning to frighten me.
So this is where I am. I am a provisional Dane with rudimentary pronunciation skills, a growing ability to multitask on a bike, and a metric ton of my hard-earned money in the hands of various landlords. I suppose this is par for the course, really, and I am pretty much fine with it. After all, it’s not like I have to worry too much about these nightmarish winters everyone talks about — I am Canadian. Minus 20, by late March, is barbecue weather for us.
If I could only figure out what is so comical about my lease-related plans, all would truly be well.
Montreal native Michael McKenna recently relocated to Copenhagen after two years in Kosovo. He has written for Vice, AskMen and Business Insider, among others. He will be chronicling his transition to Copenhagen for The Local. 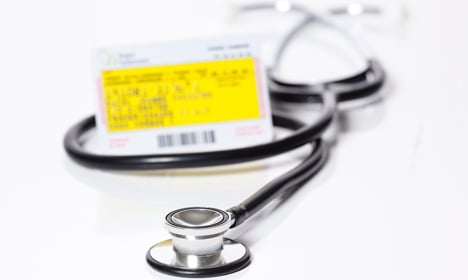 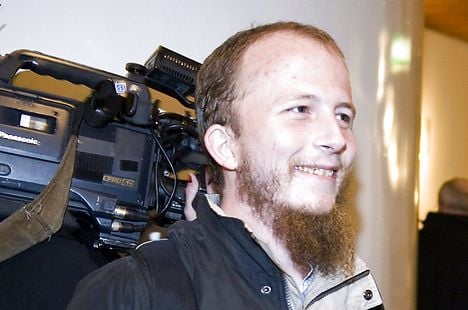