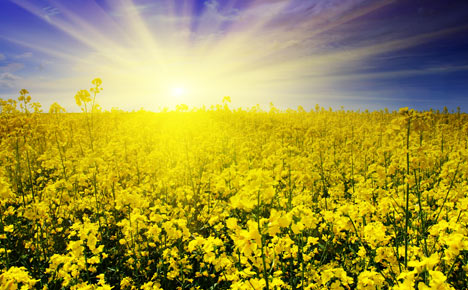 2014 produced the fourth sunniest summer on record. Photo: Colourbox
With the second hottest July in 140 years and record high bathing temperatures, there can be little doubt that Denmark has enjoyed a better than average summer this year.
Now summer 2014 can add one more accolade to its legacy. With August drawing to a close, this summer will go down as the sunniest since 1959.
Through Wednesday, there have been a combined 719 hours of sunshine in June, July and August. With ten hours of sunshine predicted for Thursday and three to four hours for each of the following three days, summer 2014 is on pace to clock in around 740 total sunshine hours which would put it in fourth place on the list of the sunniest summers ever recorded.
“If we just receive 24 hours of sunshine through and including Sunday, we will pass 2006’s sunshine hour total of 732 hours. With that, we would have to go back 55 years to find a sunnier summer,” DMI climatologist Frans Rubek said before Wednesday's ten hour contribution.
The sunniest summer was in 1947, when 770 hours of sunshine were recorded. Next was 1959 with 759 hours, followed by 751 hours in 1933. The 740 hours of sunshine enjoyed this year will claim the number four spot, topping the 732 hours received in both 1976 and 2006. Sunshine hours have been tallied since 1920.
Denmark uses the meteorological definition of summer, meaning that it officially runs from June 1st through August 31st as opposed to beginning on the summer solstice and ending on the autumnal equinox as in some other countries.