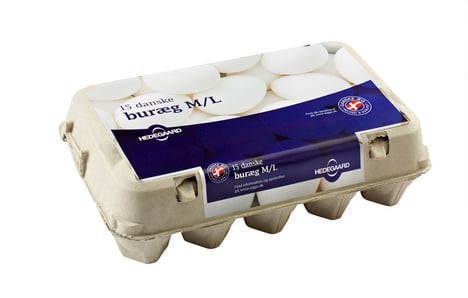 These eggs have been recalled, as have a variety of egg products. Photo: Hedegaard Foods
As a listeria outbreak continues to spread across Denmark – four new infection cases were reported on Friday, bringing the total to 28 – food authorities now also have a salmonella problem on their hands.
The Danish Food and Veterinary Administration (Fødevarestyrelsen) on Friday ordered a recall of eggs and other products from Hedegaard Foods after salmonella was discovered amongst hens used by the company.
A Hedegaard Foods press release says that internal tests showed the products to be free of salmonella but the company was pulling them from shelves anyway.
“We have carried out analyses on all products and all of them tested free of salmonella before the goods were released. The reason Fødevarestyrelsen has given [for the recall] is that there shouldn’t be even the slightest question about food security and therefore they have determined that they should be recalled,” the head of Hedegaard Foods, Ivan Noes Jørgensen, said.
Among the recalled products are caged eggs, pasteurised egg yokes and egg whites. The eggs were sold in a variety of popular grocery stores, including Netto, Føtex, Rema and Bilka, while the pasteurised products were sold to the same stores as well as several catering firms.
The affected eggs are Hedegaard's 15-packs of 'buræg' bearing a label of 3DK19056. A list of the recalled pasteurised products can be found here.
According to the Hedegaard press release, Denmark has the world’s strictest salmonella controls.
A current salmonella outbreak has affected at least 200 people across Europe, affecting the UK, France and Austria.
Salmonella is a variety of food poisoning, often associated with bacterial contamination of chickens and eggs. The bacteria causes gastrointestinal illness with symptoms including stomach cramps, fever, vomiting and diarrhoea. 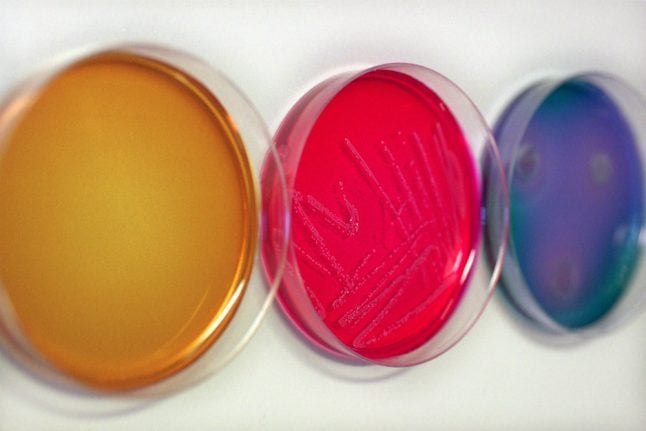 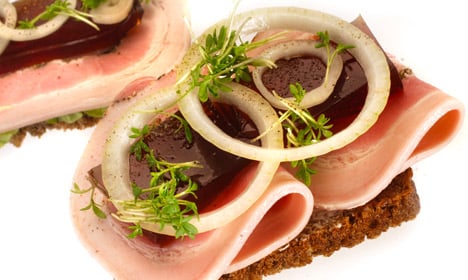