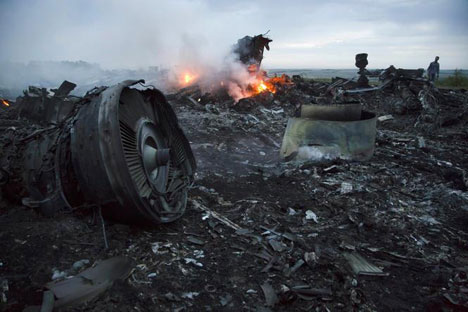 A man walks amongst the debris at the crash site near the village of Grabovo, Ukraine on Thursday. Photo: Polfoto/AP/Dmitry Lovetsky
The Malaysia Airlines flight that crashed into pro-Russian separatist territory in eastern Ukraine on Thursday, believed to have been shot down, was not believed to be carrying any Danish passengers.
The vice president of Malaysia Airlines Europe, Huib Gorter, confirmed on Thursday evening at Schiphol Airport that there were 154 Dutch citizens on board, 27 Australians, 43 Malaysians, 11 Indonesians, nine Britons, four Germans, four Belgians, three Filipinos and a Canadian. An additional 41 victims have not had their nationalities verified.
There were no survivors among the plane’s 298 passengers.
The Boeing 777, travelling from Amsterdam Schiphol to Kuala Lumpur, was blown out of the sky at 10,000 metres, by what US officials claim was a Russian-made surface to air missile.
Russia's President Vladimir Putin has blamed the Ukrainian government, saying the tragedy would not have happened if it had not escalated the war in eastern Ukraine, while the Kiev government blamed the pro-Russian rebels for shooting down the plane.
Ukraine's President Petro Poroshenko described the crash of flight MH17 as a "terrorist act".

US vice president Joe Biden, meanwhile, described the plane as being "blown out of the sky".

Denmark’s foreign minister, Martin Lidegaard, said that the international community should not rush to judgement.

Terrible MH17 tragedy in Eastern Ukraine. My most deepfelt condolences to families & relatives. Facts must be established! #dkpol

“Terrible MH17 tragedy in Eastern Ukraine,” Lidegaard wrote on Twitter. “My most deep-felt condolences to families and relatives. Facts must be established!”
Lidegaard's measured response was in sharp contrast to his Swedish counterpart, Carl Bildt, who in a series of tweets pointed a finger at pro-Russian separatists.

The crash is likely to have severe international consequences, coming on the day that the US and EU increased sanctions against Russia for its ongoing support of rebels in eastern Ukraine.
Several airlines have changed their flight routes so as to avoid airspace over east Ukraine. SAS does not fly any planes over the region.
According to information from a flight tracking website, Flightradar24.com, a Singapore Airlines flight from Copenhagen was the nearest plane to MH17 when it went down. The site reports that the Singapore Airlines was 20-30 kilometres behind the Malaysian Airlines flight, but Singapore Airlines would neither confirm nor deny that information. 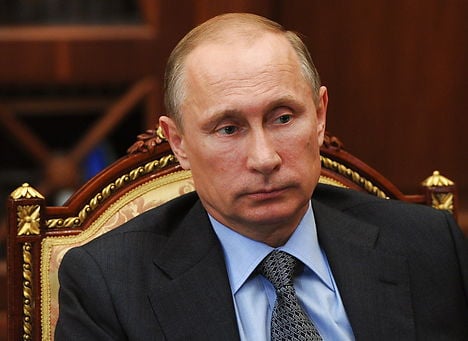 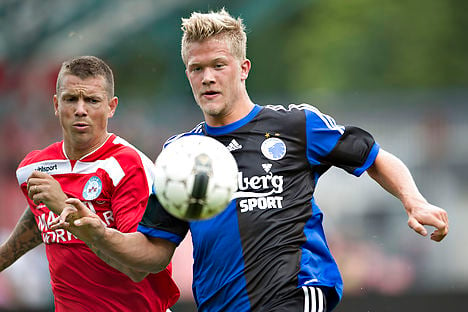 Vladimir Putin 'needs to understand it will cost him dearly', the foreign affairs committee chair said. Photo: Mikhail Klimentyev/Ria Novosti/Scanpix
The European Union imposed broad economic sanctions against Russia on Tuesday, hoping to force Moscow to reverse course in Ukraine.
Mette Gjerskov, the chairwoman of Denmark’s Foreign Affairs Committee (Udenrigspolitisk Nævn) said Russia was certain to feel the consequences of the EU action.
“It is a very hard attack on Russia that the EU is now implementing these sanctions. Russia has not changed its course, so there was no way around it,” Gjerskov told Berlingske Nyhedsbureau.
The new EU measures impose restrictions on the finance, defence and energy sectors so as to increase the cost to Russia of its continued intervention and support of pro-Moscow rebels in Ukraine.
“These are targeted sanctions that will very seriously affect the Russians. It is simply necessary. Putin needs to understand that it will cost him and Russia dearly if he does not start behaving respectably in relation to the investigation of the passenger flight and the forward march in eastern Ukraine,” Gjerskov said.
Up to now, the European Union has imposed asset freezes and visa bans targeted at people and entities — firms, utilities or local authorities — it believes to have stoked the Ukraine crisis or profited from it.
Many EU countries, among them Germany and Italy, have major economic ties with Russia, which also supplies the bloc with a third of its gas needs, making it difficult for Brussels to follow Washington's lead and adopt more punishing sanctions on Moscow.
However, the alleged shooting down of Malaysia Airlines flight MH17 by pro-Moscow rebels using a Russian-made missile changed sentiment radically and pushed the idea of broader and tougher economic sanctions to the top of the EU agenda.
SHOW COMMENTS 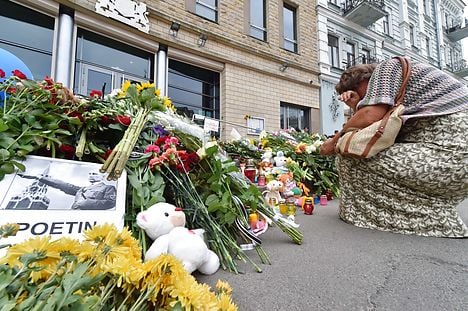