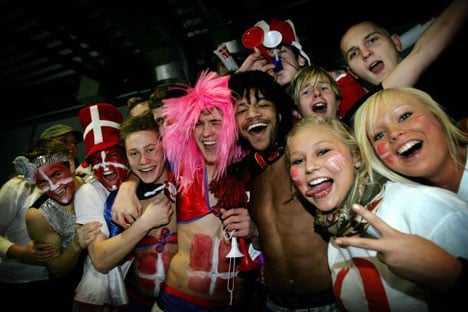 Photo: Jens Dresling/POLFOTO
If you know anything at all about Denmark, you probably know that it consistently tops international rankings as the happiest nation in the world.
The theories for why that is are almost as numerous as the rankings themselves. From the security blanket of the welfare state, to the high wealth and standard of living, to the expats’ favourite theory that the Danes just set lower expectations in life, everyone seems to have an explanation for the vaunted Danish happiness.
Enter a new theory: it’s all in the genes.
Researchers at the University of Warwick have concluded that Danish DNA could be the key to happiness. And not only for people who live in Denmark.
“If you have Danish DNA, regardless of where you live, you are likely to report high levels of happiness,” lead researcher Eugenio Proto told The Local.
Proto and his colleague Andrew Oswald used data on 131 countries from various international surveys on national happiness and compared it with data on genetic distance. What they found is that the more ‘Danish’ people are, the happier they are as well.
“Denmark tends to always top these happiness studies and that creates a bit of a puzzle,” Proto told The Local. “The usual indicators – wealth, the welfare state, health, pride, and so on – couldn’t explain everything. So we did something very simple. We decided to see how much the genetic difference from Denmark could explain happiness. What we found is that the farther you are from the Danish genetic make-up, the less happy you are.”
Proto cautioned however that it is hard to separate genetic factors from cultural ones.
“Cultural and genetic traits are transmitted in the exact same way,” he said. “Your parents give you their DNA, but they also give you cultural traits. It’s difficult to disentangle those things, but we did our best. Even after accounting for the cultural indicators, we still found that genetics played a big role.”
Proto explained that there are variations in a specific gene that influence the reuptake of serotonin, the neurotransmitter that affects human mood.
“Although this is still debated, the long variation of this gene seems to be associated with better levels of happiness and moods,” he said. “To our surprise, we found that countries like Denmark and the Netherlands – which both do well in happiness studies – have a high level of frequency of the long variation.”
Interestingly, Proto and Oswald’s study found that even those who have never lived in Denmark are still affected by the Danish happiness gene.
“We studied the ethnic origin of people born in the United States and found that Danish descendants in the US still report a high level of happiness, even if they were born and raised in the US. This is a strong sign of the inheritability of happiness.”
Proto and Oswald’s paper can be read below.